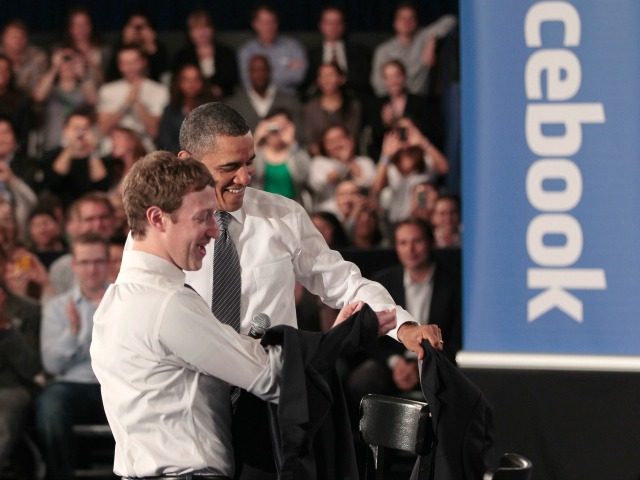 What do crowdfunding websites, comments sections, Twitter’s “like button,” the movie review site Rotten Tomatoes, the 2016 election, and the Brexit referendum have in common?

They are all methods by which ordinary people can express their opinion. And they have all come under relentless attack by progressive elites.

In the two years between the presidential election in 2016 and the upcoming midterm elections, we’ve witnessed an unprecedented attack on democracy. This war has not been waged, as the elites allege, by foreign actors — but by themselves. And it’s not just targeted at elections — it’s targeted at every tool we use to speak, organize, and signal our preferences.

Take Twitter’s recent announcement that it plans to remove its “like” button. “Likes” are a primary way Twitter users engage with each other — the fancy term for interacting. It’s how users tell friends they read their tweet and appreciate it, or throw themselves in with an influencer’s hot take. Social media companies live or die by engagement levels — that a platform would willingly cut engagement is drastic, to say the least.

Twitter CEO Jack Dorsey has also said that he wants to reexamine the prominence of follower counts, suggesting to CNN’s Brian Stelter that incentivizing people to grow their following may not be the “right incentive.” In both cases, Twitter is seeking to diminish metrics often used to signal popularity. The idea that ordinary people might actually grow their own followings or signal their approval has become a problem for Twitter.

Facebook has undergone a similar journey in the past two years. The company previously used its newsfeed ranking algorithms to show users content that was similar to content that they previously approved of by hitting the “like” or “follow” button. Everything was structured around the user and his preferences. But starting in January, Facebook began to roll back this system, deciding on behalf of its users that they needed to see more posts from friends and family, and fewer from pages that they liked or followed.

It’s almost like something happened in 2016 that made the company conclude that there was a problem with its users’ preferences!

This trend of elites seeking to hide, thwart, or undermine the choices of ordinary people, can be seen everywhere. It’s the top national issue in Britain, where every elite from the conservative Prime Minister downwards is trying to co-opt, water down, or thwart the outcome of the Brexit referendum. A simple question — a “yes” or “no” on whether the U.K. should leave the E.U. or not —has been warped by elites into a debate between “hard Brexit,” “no-deal Brexit” (elites are terrified of this) and “soft Brexit” (so watered down that the former Brexit secretary says it would almost be the same as staying in the E.U.)

American voters are also familiar with elites’ attempts to undermine their decisions at the ballot box, witnessing a Deep State of shadowy unelected bureaucrats work tirelessly to undermine the President’s agenda through a campaign of leaks and policy sabotage. The Deep State is so brazen that its members now boast of their existence in New York Time op-eds.

But it’s not just in high politics where we see this trend. Look at the constant controversies over the movie reviewing site Rotten Tomatoes, which aggregates reviews from critics to give films a “critics rating” and from regular moviegoers to give it an “audience” rating. As Hollywood tried to shove progressive narratives down the throat of increasingly unwilling moviegoers, the gap between critics scores and audience scores on the website has widened. Movies like the Ghostbusters reboot (2016), Star Wars: The Last Jedi (2017) and the new Star Trek series, all of which were widely criticized for overdosing on progressivism, were subject to plummeting audience scores. The Last Jedi, for example, has a withering 45 percent rating from the public — the lowest for a Star Wars film.

In response, progressive film critics  quickly adopted the narrative that the dismal audience scores were due to “trolls” from the “alt-right.” Other claimed the review scores were “rigged,” or questioned the entire purpose of giving the general public a tool to express its opinion. Eventually, with the release of Black Panther (2018), the progressives got their way, as Rotten Tomatoes promised to intervene against “hate speech” surrounding the movie.

The film critics did several things that will sound familiar to supporters of Trump, supporters of Brexit, and supporters of any cause opposed to elites. First, they conflated all their opponents with a small minority of racist bigots. Then they accused the process of being “rigged.” Finally, they forced the owners of a platform – who already promoted elite, overeducated critics’ reviews over the audience scores – to further clamp down on their users’ speech. Sound familiar?

Writ large or writ small, we see this pattern everywhere.

It didn’t even begin with Donald Trump or Brexit. In the early 2010s, progressive journalists were already whining about the comments sections underneath their articles, which allowed ordinary people to actually criticize them in real-time. They got their way of course, and the comments sections slowly began to disappear. In a foreshadowing of a modern-day progressive narrative about free speech online, Ars Technica warned that comments sections could “make you mistrust real experts.”

The progressives decided long ago that it’s dangerous to allow ordinary people to freely signal their preferences online. Whether it’s review scores, comments sections, or an entire platform like Gab, every tool of popular expression has come under siege as elites fight back against the masses.

If you want to donate money to a cause that the elites don’t like, they won’t let you.

If you want to follow a journalist, commentator, or political figure on social media that the elites don’t like, they won’t let you.

If you want to join a social media platform that won’t ban you for lawful speech, the elites won’t let you.

And if you want to criticize a video game that the elites like, they’ll call you a bigot and make it harder for you to do so.

If you want to support a comic book creator that the elites don’t like, they’ll call you a bigot and make it harder for you to do so.

If you voted for Brexit, you’re a bigot, the vote was rigged and illegitimate, and tech companies should intervene to stop populism from getting worse.

If you voted for Trump, you’re a bigot, the vote was rigged and illegitimate, and tech companies should intervene to stop populism getting worse.

Support Matteo Salvini in Italy? You’re a bigot. The tech companies will intervene.

Le Pen in France? Bigot. The tech companies will intervene.

These are the common features of the populist era, where the people have turned against elites and where elites have turned against the people. Everywhere we look, ordinary people are being demonized. Those who take their side are blacklisted. Elites denounce elections, referendums, and even movie reviews as rigged systems, while they ceaselessly work to actually rig the system by asking Silicon Valley elites to intervene on their behalf.

But the lie is exposed in their double standards: Republican Senate candidate Marsha Blackburn is denied advertising on Twitter and Google on the grounds that her material is “inflammatory” or “shocking”, while Republican House candidate Elizabeth Heng faced a similar temporary block on her ads by Twitter and Facebook. Meanwhile, leftist billionaire Tom Steyer is allowed to run Facebook ads comparing Trump to Saddam Hussein without interruption.

Free speech platform Gab gets forced offline for hosting one violent nutcase, while Twitter remains untouched despite hosting a different violent nutcase (and, at one point, thousands of ISIS jihadis). Gavin McInnes gets blacklisted on Twitter and Facebook for abstract arguments in favor of violence, but leftists are given a free rein to promote violence against specific targets on the very same platforms. The double standards are open, brazen, in everyone’s face. It’s a war of elites against their critics.

Despite this counter-revolution of the elites, the people still have a means of expressing their opinion that remains reliable: the ballot box. And despite conservative worries of a “blue wave” next Tuesday, it’s unlikely they are as scared as our progressive cultural overlords  — who seem to be more terrified of public opinion than at any time in recent history.