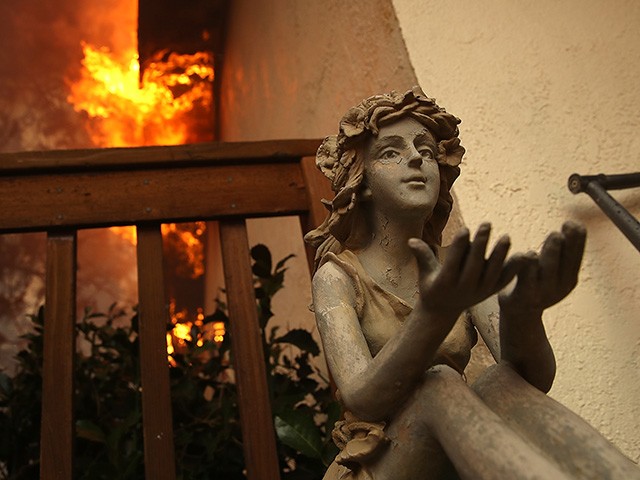 (AP) — Authorities say six people have been arrested on suspicion of looting homes evacuated when a deadly fire swept through a Northern California town and several surrounding communities.

The Butte County Sheriff’s Office says deputies on Monday found two men hiding inside home in the town of Paradise with a .45 caliber handgun and drugs. Deputies also found an ATV, an AR-15 rifle and tools the men are suspected of stealing.

The office says deputies arrested two other men Tuesday with a laptop computer that didn’t belong to them.

A few hours later Tuesday, two more people were arrested after they were spotted in a motorhome reported stolen in the neighboring town of Magalia.