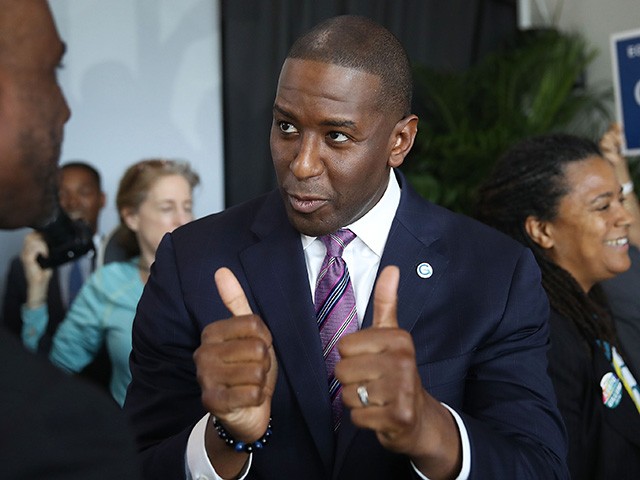 Andrew Gillum, the former Tallahassee mayor who ran unsuccessfully as Florida’s Democratic gubernatorial nominee, announced on Twitter that he will be joining CNN as a political commentator.

Gillum’s move to television comes as the Florida Commission on Ethics released a report finding probable cause that Gillum may have violated state ethics laws in five of six counts related to gifts the politician reportedly accepted during trips with lobbyists in 2016.

The ethics issue became a dominant theme in the Florida governor’s race in which Ron DeSantis emerged victorious. Still, Gillum is seen within the Democratic Party as a possible future presidential contender.

“Thrilled to be joining @CNN as a political commentator,” Gillum tweeted earlier today.

Thrilled to be joining @CNN as a political commentator. 📺 👊🏾🇺🇸 pic.twitter.com/UpOC7MRKAz

Gillum faced a closed-door hearing at the First District Court of Appeal on Friday. His attorney, Barry Richard, said he expects the case to be heard within two months by an independent judge.

“We’re going to have a full evidentiary hearing before an independent judge. It’ll be open to the public, and everybody can decide for themselves,” Richard stated. “There for sure will be no settlement.”

Gillum and Corey went to Costa Rica together, and took a boat trip and obtained tickets to the popular Broadway musical “Hamilton” during a stay in New York City.

The Tampa Bay Times reported on the ethics commission’s documents:

The report’s recommendations were largely on the basis that Gillum accepted gifts and “things of value” when he understood his official actions would be influenced, “in return for access and influence,” or when he knew or should have known they were intended to influence his actions. The report also recommended probable cause be found that Gillum accepted gifts on those trips knowing or “reasonably believ[ing]” they exceeded the state $100 limit, and that he failed to report gifts he received.

The sixth count, alleging Gillum solicited a gift from a lobbyist doing business with the city, was found by the commission to have no probable cause.

The trips in question occurred amid an FBI investigation into public corruption in Tallahassee, and both became flash points during Gillum’s unsuccessful run for governor.

Questions have been raised about how Gillum obtained the Broadway tickets and the sources of payments for trips to New York City and Costa Rica.

Text messages and email record released during the governor’s race appear to document that an undercover FBI agent provided the candidate’s “Hamilton” ticket.

The FBI agent reportedly posed as a developer investigating corruption tied to the city of Tallahassee, where Gillum serves as mayor.

Gillum has maintained that he believed his brother, and not the undercover agent, “Mike Miller,” paid for the ticket.

In October, Gillum responded to the release of the documents by claiming, “The goal is obviously to use my candidacy as a way to reinforce, frankly, stereotypes about black men.”