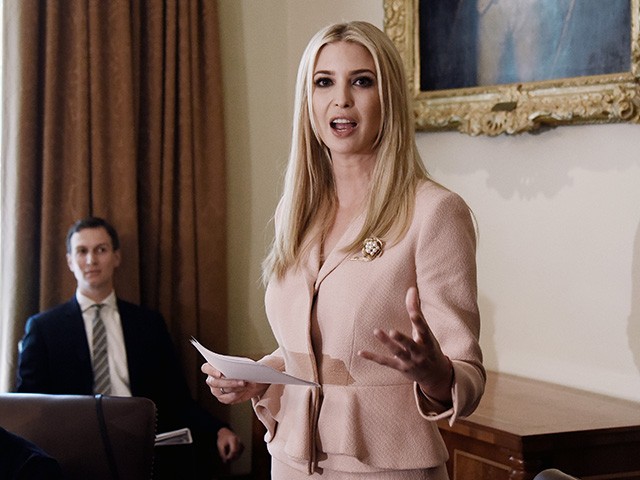 Harvard Law School Professor Emeritus Alan Dershowitz told Fox News’ Bill Hemmer on Tuesday that while senior White House advisor Ivanka Trump’s personal email use is a “hypocrisy on parade,” the practice is widespread in the U.S. government and is therefore a “non-issue.”

“Well, I think it’s hypocrisy on parade. Each side uses whatever argument they can to help and bolster their partisan position,” Dershowitz said when asked if Ivanka Trump’s personal email use is comparable to former Secretary of State Hillary Clinton’s. “Look, everybody uses private emails. We now have a list of probably a dozen people in public life who have used emails.

“Apparently, Ivanka Trump used the emails only for scheduling purposes. There was no classified material. The emails were all preserved. It’s a non-issue. It’s just partisan bickering,” he continued. “We should not be criminalizing the use of private emails, whether by Hillary Clinton or by Ivanka Trump. We should put that issue behind us.”

As the Washinton Post reported Monday evening, Trump sent hundreds of emails about government affairs from a private email account.

Peter Mirijanian, a spokesperson for Trump’s attorney Abbe Lowell, told the Post that the White House advisor used the email address for scheduling matters regarding her family and affirmed no classified information was sent or deleted from the account. “While transitioning into government… Ms. Trump sometimes used her private account, almost always for logistics and scheduling concerning her family,” said Mirijanian.

“When concerns were raised in the press 14 months ago, Ms. Trump reviewed and verified her email use with White House Counsel and explained the issue to congressional leaders,” he added.

According to the report, “sources close” to Trump say she was unaware of the rules regarding government employees using personal email addresses to conduct official business.

As Breitbart News’ Charlie Spiering reported: “The news immediately drew comparisons to Hillary Clinton’s use of private email and a personal email server while serving as secretary of state. Clinton deleted more than 30,000 emails from her server and turned over others to the government to be archived.”