The 70th annual Emmy Awards, broadcasting live on NBC, will see Hollywood stars celebrate the best of TV — but the event is also expected to be dominated by politics.

Last year’s show was hosted by late-night funny man Stephen Colbert, who wasted no time in attacking President Trump in his opening monologue. This year’s show will air with the backdrop of a highly-political TV landscape full of shows that invoke issues around race, feminist dystopian futures, and immigration.
This is the Breitbart Emmys live wire. All times eastern. (Try to) enjoy the show.

9:10 – Outstanding Directing for a Limited Series, Movie or Dramatic Special goes to Ryan Murphy for Assassination of Gianni Versace.

9:03 – The awards show took a moment to honor veteran actor Betty White, who took the opportunity to imbue her timeless charm and wit.

One hour down, only two …. more…. to …. go….
8:58 – Outstanding Writing for a Limited Series, Movie or Dramatic Special goes to Netflix’s Black Mirror.

That’s the second award for Netflix. The streamers are dominating so far.

The the second trophy for HBO.
8:37 – Rachel Brosnahan wins Outstanding Lead Actress in a Comedy Series The Marvelous Mrs. Maisel.

That’s four in a row for Amazon so far tonight.

“And we all agreed that Nazis were bad,” Colin said.

“Roseanne was caneled by herself, but picked up by white nationalist,” Jost joked.

“One step closer to a black Sheldon,” Thompson joked

“Diversity is not a problem in Hollywood anymore,” McKinnon siad as the pair began to sing and dance the celebration of solving diveristy. They were later joined by Titus Tituss Burgess

The deadpan skit also feautred “one of every group” dancers and singer John legend.

John Binder — “TV host Padma Lakshmi wore a blue ribbon on her hip in support of the ACLU, also wearing a dress that she previously wore, telling the media ‘It seems wasteful not to enjoy these dresses.’” 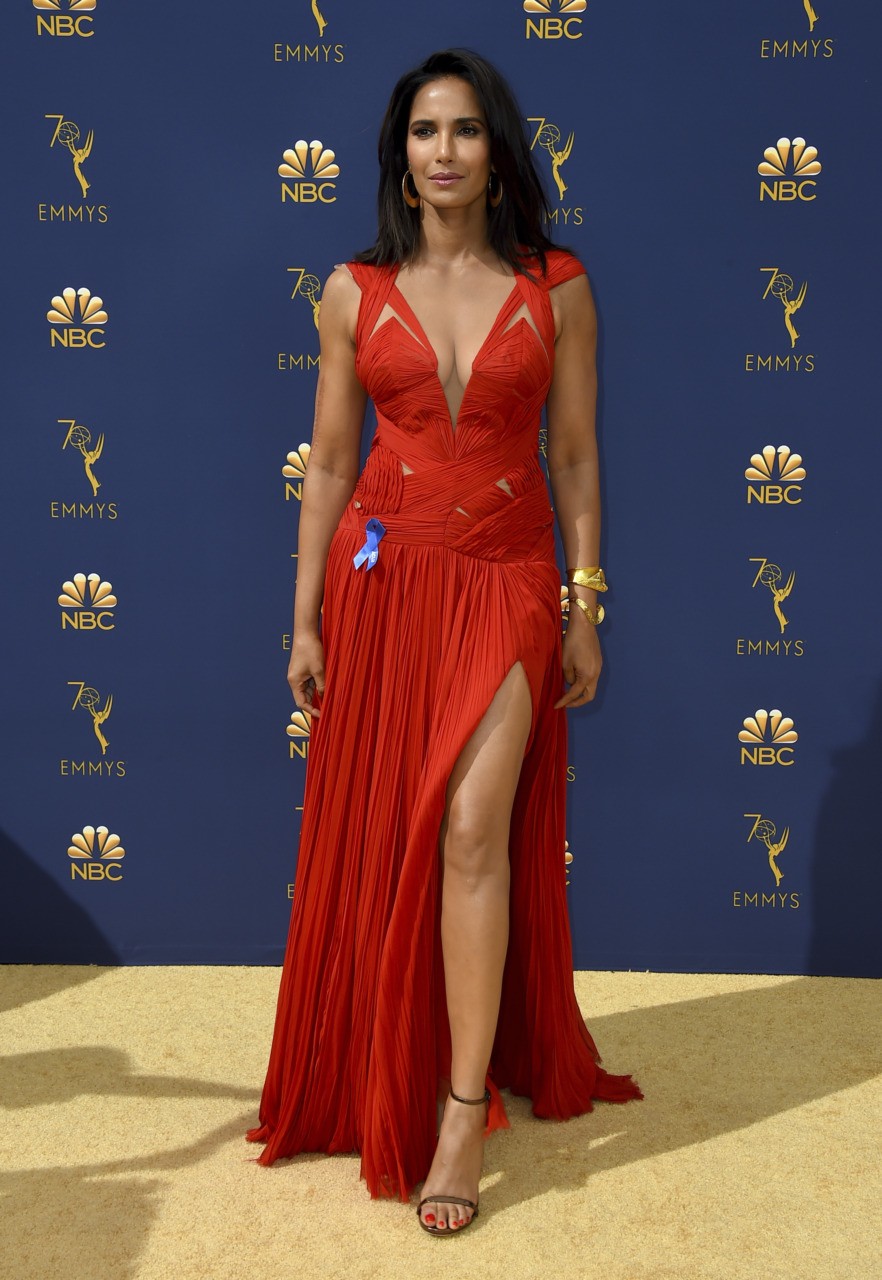 Padma Lakshmi arrives at the 70th Primetime Emmy Awards on Monday, Sept. 17, 2018, at the Microsoft Theater in Los Angeles. (Photo by Jordan Strauss/Invision/AP)

Actress and Black-ish star Jennifer Lewis donned a Nike outfit she says she wore to honor the apparel company’s decision to make former NFL quarterback Colin Kaepernick the face of it’s “Just Do It” campaign . 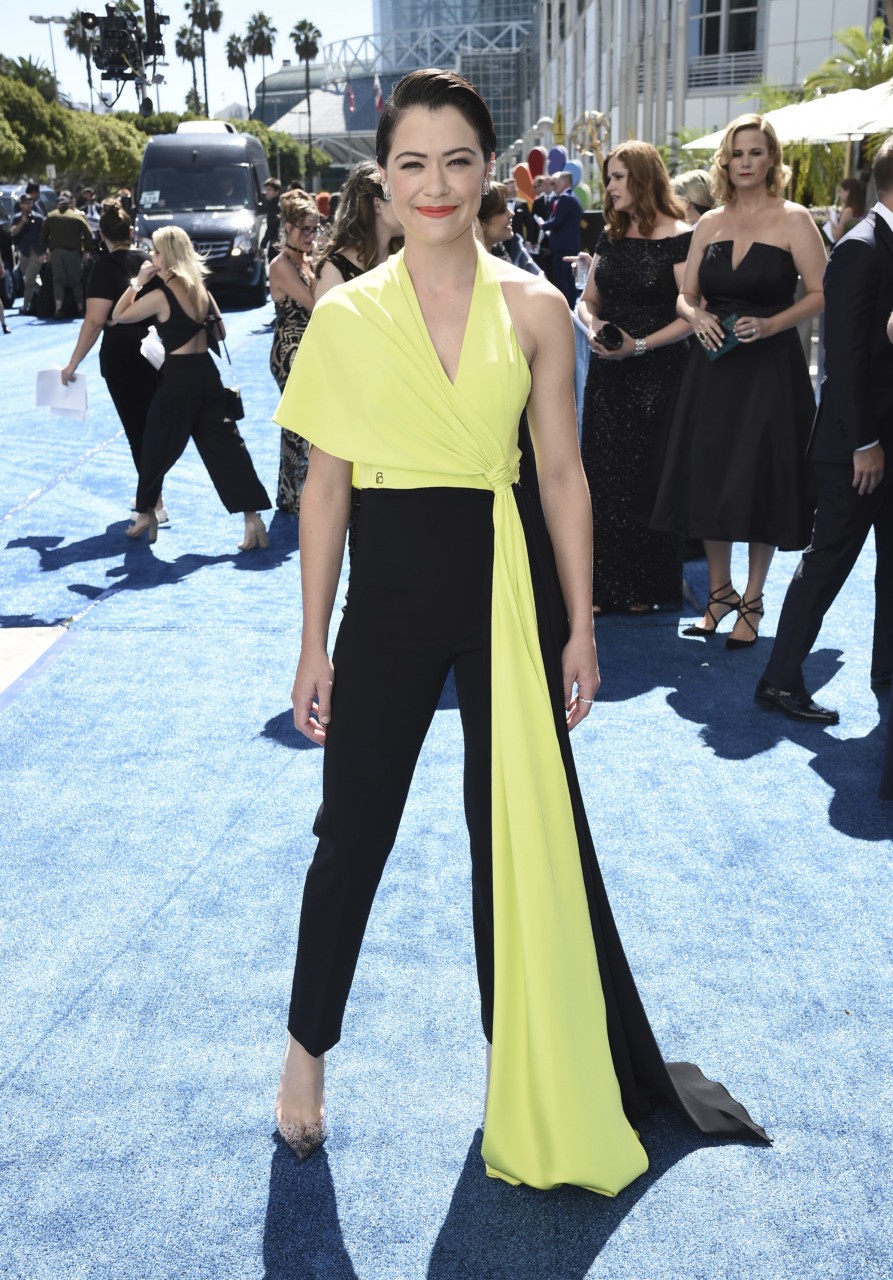 Tatiana Maslany arrives at the 70th Primetime Emmy Awards on Monday, Sept. 17, 2018, at the Microsoft Theater in Los Angeles. (Photo by Dan Steinberg/Invision for the Television Academy/AP Images)

#Emmys GLOW director Jesse Peretz and his wife Sarah who has quite the arm accessory this year. pic.twitter.com/BSDPyjvTCa