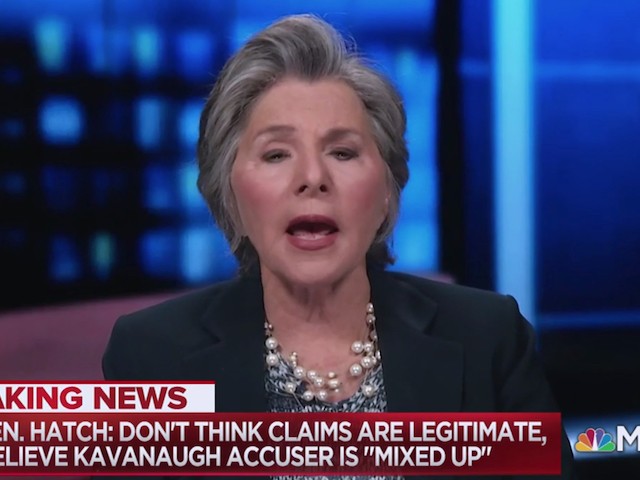 Monday on MSNBC’s “Hardball,” former Sen. Barbara Boxer (D-CA) said Professor Christine Blasey Ford, who has accused Supreme Court nominee Brett Kavanaugh of sexual assault when they were teenagers, was “to be believed.”

She added, “This woman is to be believed.”

She added, “You can believe Dr. Ford. This was attempted rape. And this is a woman who exhibits, Dr. Ford, courage, but the classic signs of post-traumatic stress.”