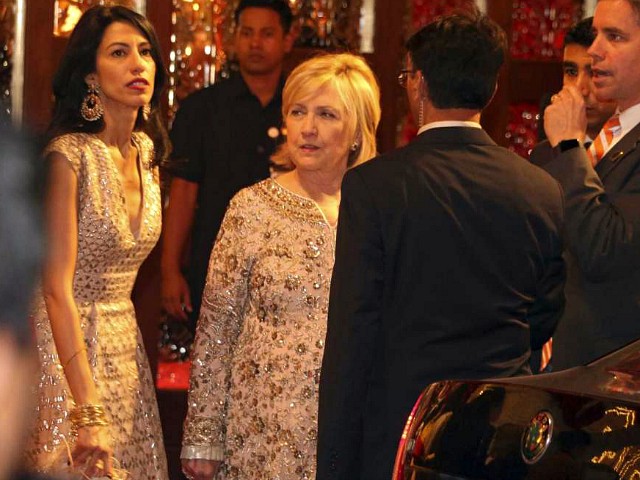 Free of her reported back brace, Clinton mingled at the wedding with former Secretary of State John Kerry and a host of other celebrants in attendance at one of the most lavish weddings on the planet. 27-year-old Isha Ambani — daughter of multi-billionaire businessman Mukesh Ambani — married 33-year-old real estate mogul and childhood friend Anand Piramal.