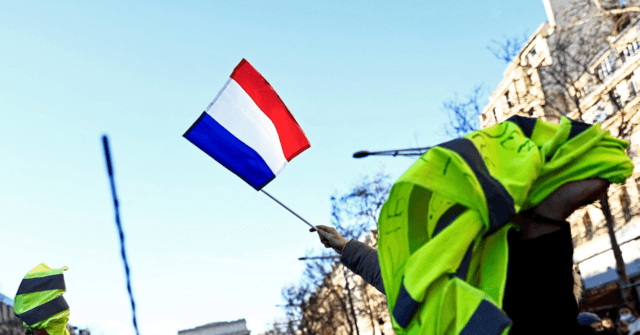 French police have squared off with thousands of protesters attempting to establish a Canadian-style convoy in Paris in response to the draconian coronavirus measures that Emmanuel Macron’s government has imposed upon the country.

A little over a month after President Macron infamously announced that he wanted to “piss off” the unvaccinated people in France by introducing full-on vaccine passports in the country, over 3,000 vehicles have attempted to enter Paris to demand an end to the Covid regime.

It is not clear at the time of writing how many vehicles of them actually made it into the city, as police were sending many cars away throughout the day.

Ahead of the demonstration, Mr Macron called on Friday for “calm”, saying: “We are all collectively tired of what we have been experiencing for two years and sometimes this fatigue also translates into anger. I hear and respect her. But I call for the greatest calm.”

At the time of this reporting, five people have been arrested for carrying slingshots and police have used tear gas and used tractors and tow trucks to remove vehicles from the Champs-Elysées area.

Police were also seen using their batons on protesters, in footage shared on social media by street photographer Clément Lanot.

The Prefecture of Paris police force said that 7,200 officers were deployed in the city to prevent the convoy from embedding itself. Police were seen smashing the windows of supposed demonstrators in order to remove them from their cars.

Commenting on the protest, right-wing populist presidential candidate Marine Le Pen said: “Energy prices keep rising. No government response. The vaccination pass is useless and yet it does not remove this device that violates individual freedoms.

“I understand the annoyance of the French.”

Meanwhile, another trucker convoy descended upon the Dutch Parliament (Binnenhof) in the city centre of The Hague. According to a report from Algemeen Dagblad, trucks, cars, and tractors, all shut down access to the area of the city in response to the nation’s coronavirus measures.

Like Paris and Brussels, the mayor of The Hague had banned the “freedom convoy” prior to the demonstration, with those breaking the decree facing arrest, fines, and being liable for the cost of towing their car.

While the protest was mostly dissolved by the police, Dutch public broadcaster NOS reported, a similar protest is expected to occur on Sunday, with some of the truckers also planning on driving to Brussels or Paris to join other convoys.