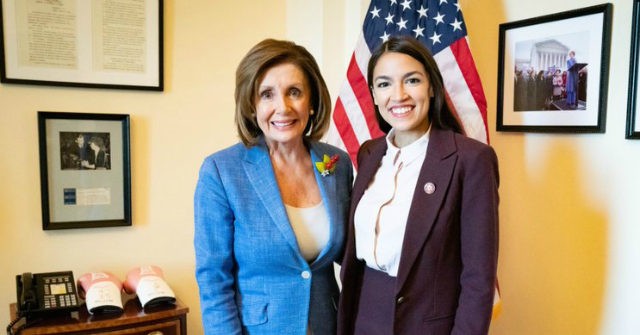 Homan, a former officer who spent over three decades serving his community, spoke at the event and blasted progressive politicians who have, in the wake of the George Floyd protests, largely vilified police officers and demonstrated support for defunding police departments across the nation.

“Schumer and Pelosi are not speaking up,” he told the audience, emphasizing, again, that “we’re all against” racism.

“No one’s going to justify that, but they’ll stand out on a moment’s notice and defend people that are in here in the country illegally in violation of law, but they won’t stand out there and defend the men and women who leave the safety and security of their home every day … to defend their communities,” he continued. “They haven’t said a word. “

He used far-left “Squad” member Ocasio-Cortez as another example of a progressive politician who has failed to defend officers, instead using her platform to champion defunding police departments.

“She says we should defund the police, and we should all make sacrifices. Okay. So lead by example,” he suggested.

“Let’s take the law enforcement officers that provide them 24/7 law enforcement security. If they want to take protection away from the American people in their communities, lead by example,” Homan said.

Ocasio-Cortez said on Thursday that a “defunded” police “looks like a suburb.”

“It looks like a suburb. Affluent white communities already live in a world where they choose to fund youth, health, housing, etc more than they fund police,” she wrote in response to a question on Instagram.

The lawmaker claimed that “affluent white suburbs” also “design their own lives so that they walk through the world without having much interruption or interaction with police at all aside from community events and speeding tickets.”