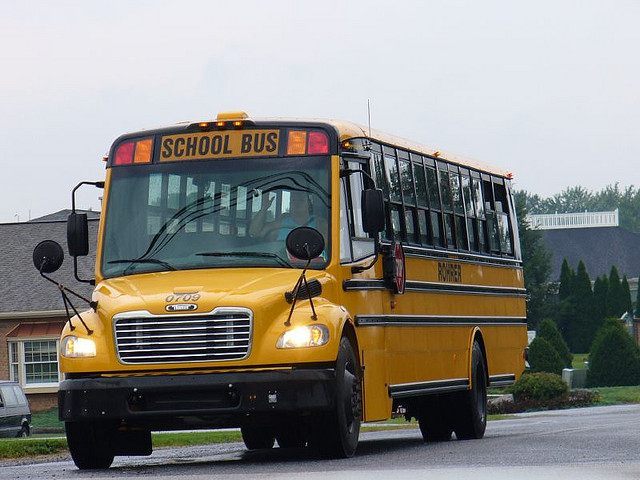 Surveillance footage caught the moment a deer crashed through the windshield of a school bus in Powhatan, Virginia, Thursday and landed on a student.

“According to Powhatan County Public Schools, it happened around 6 a.m. In the video, you can hear the bus driver stating they were on Route 13 near Anderson Highway when he called for assistance,” WTVR reported.

The bus driver appeared to try to slow down moments before the animal came through the glass windshield and landed upside down on the student who was reportedly asleep at the time.

The distraught creature fell to the floor and jumped around as the driver pulled to the side of the road:

Once the vehicle stopped, the driver opened the doors and the deer quickly ran outside.

“The deer was not injured at all; it was still running across the field,” a witness told the driver.

“Was it really?” the driver asked, and the witness replied, “Yep.”

The school district’s interim director of transportation, Brian Bartlett, commended the bus driver for remaining calm during the tense situation.

“He did very well. He was able to get the bus off to the side of the road safely, turned the four ways on while the bus was moving, and did all of this while the deer was still on the floor of the bus kicking all around,” Bartlett said.

When the deer came through the windshield and landed on him, the student said at first he did not know what happened.

“I was really confused because I was trying to sleep, and I woke up to something on my back. So then, I realized it was a deer, and I was just very confused because I’ve never seen a deer actually jump through a windshield and then land,” he recalled.

School officials told WTVR no one was hurt during the incident.