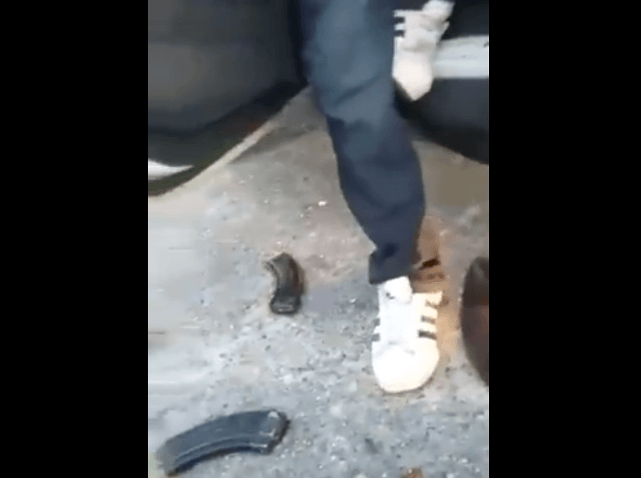 REYNOSA, Tamaulipas — Gunmen with Mexico’s Gulf Cartel clashed in a firefight with rivals from Los Zetas. The gunplay occurred mere yards from banks of the Rio Grande River border with Texas.

Fighting took place this week in several areas near Miguel Aleman when teams of gunmen with the Gulf Cartel mobilized to an incursion by the Cartel Del Noreste (CDN) faction of Los Zetas. Miguel Aleman is immediately south of Roma, Texas, and is considered the busiest crossing area used by the Gulf Cartel for human smuggling and drug trafficking.

A video captured during a clash reveals the moment when a team of Gulf Cartel gunmen appears to be pinned down near a disabled vehicle. Some can be heard screaming they are out of ammunition.

The gunmen can be seen getting out of the vehicle and firing sporadically. One shooter is heard screaming that he is not wearing body armor plates–only a chest rig. The gunmen then run to another vehicle nearby to search for ammunition before the video ends.

Not far from the scene of the first video, more footage captured near Los Guerras appears to show a convoy of at least 20 SUVs filled with gunmen en route to another skirmish.