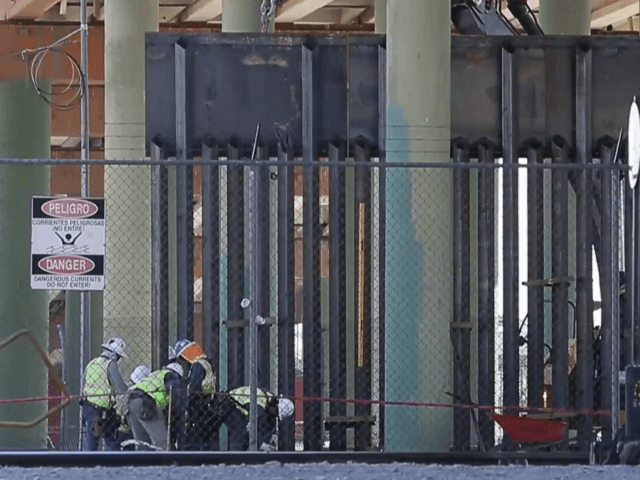 A video released this week shows the opening stages of a construction project in El Paso, Texas, ordered by President Donald Trump. The project is replacing a four-mile segment of fencing with upgraded wall technology.

This week, the El Paso Times released video showing construction crews beginning the work that will replace a four-mile segment of outdated fencing with an 18-foot bollard-style wall. The construction project began in the Chihuahuita neighborhood, one of the city’s oldest communities. The wall will separate the community from Juárez, Mexico.

Crews from West Point Contractors, a Tucson, Arizona, company, began moving wall sections into construction areas — emplanting them next to the existing fencing that will be removed at a later date.

A crucial feature of the bollard-style wall is the ability for Border Patrol agents to see through the wall. “The bollard design wall has proved beneficial to the Border Patrol to detect illegal entries and the smuggling of narcotics into the United States by providing situational awareness of activity south of the wall,” Border Patrol officials stated.

The El Paso Sector wall is being built under the authority of President Donald Trump’s Executive Order 13767.
Bob Price serves as associate editor and senior political news contributor for Breitbart Texas. He is a founding member of the Breitbart Texas team. Follow him on Twitter @BobPriceBBTX and Facebook.