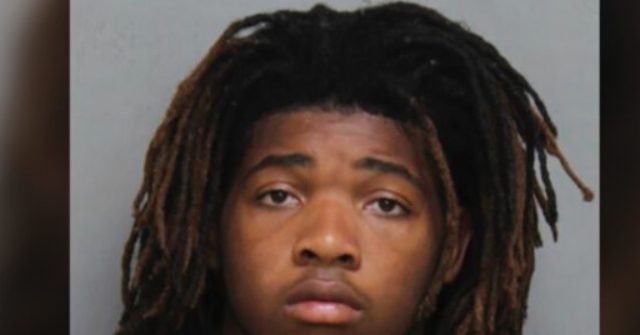 Virginia Tech freshman linebacker Isimemen Etute has been accused of beating a man to death for catfishing him on Tinder.

The 18-year-old player reportedly told the Blacksburg Police that he went to an apartment expecting to meet a woman named “Angie” that he said he met on the dating app, according to the Roanoke Times.

Instead of meeting a woman as expected, though, prosecutors say Etute met 40-year-old Jerry Smith.

Furious, Etute left the man’s apartment but police say he returned on May 31. It was then he reportedly attacked the man. Investigators say that Etute admitted to them that he punched the man in the face five times and then “stomped” him.

Investigators also said that Etute didn’t call the police even though he heard “bubbling and gurgling” coming from the victim. Police found Smith’s body a day later. An autopsy revealed that Smith died of blunt trauma and all the bones in his face were broken.

Etute was arrested on June 2 and was charged with second-degree murder.

At a hearing on Wednesday, Etute’s attorney said that the attack was more than just “more than someone just showing up to an apartment and punching someone.”

During the hearing, Etute said the charges have hit him “real hard.”

“I’m trying to stay strong for the people that support me, I feel like I’ve let a lot of people down … I’m truly sorry for my actions,” he told the court.

Etute’s lawyer, Jimmy Turk, later told the media that the incident is an example of why someone shouldn’t misrepresent themselves.

“Nobody deserves to die, but I don’t mind saying, don’t pretend you are something that you are not,” Turk said after the hearing. “Don’t target or lure anyone under that perception. That’s just wrong.”

Etute was released to monitored home confinement on a $75,000 bond.