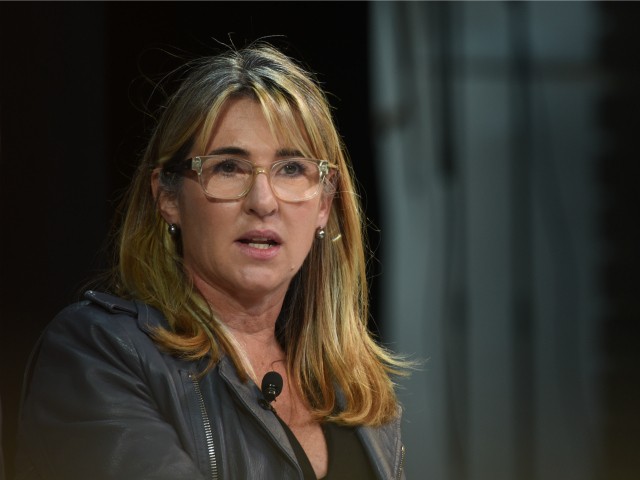 Vice Media is on track to lose $50 million this year and plans to cut its 9,000-person staff by 15 percent, according to the Wall Street Journal.

The left-wing site with an evaluation of $5.7 billion (there are skeptics) has not made a profit in years, and now, the company’s growth has stalled. Vice is currently on track to bring in $600 to $650 million in revenue, which is not only $100 million below projection; it is what the company earned last year — and last year, Vice lost $100 million.

All this during a booming economy, no less.

Vice Media’s CEO, Nancy Dubuc, has instituted a hiring freeze and hopes to cull those 1,350 employees over the next year only through attrition (unlikely). She is also reducing the site’s verticals from 12 to something closer to “three and five.”

At the time of the hiring freeze, Vice had 220 positions it was looking to fill.

Vice’s web traffic has also plummeted by 25 percent, according to the Wall Street Journal — from 36 million unique users in September of last year to 27 million in September 2018.

The fallout did not only affect Vice. The Walt Disney Company, which proved it was not so family friendly by pouring $400 million into this “NSFW” brand, had its otherwise glowing quarterly report marred with a $157 million write-down on its Vice investment.

Also working against Vice is a sexual harassment scandal that resulted in Dubuc replacing founder Shane Smith as CEO five months ago. Smith moved over to become executive chairman.

Another looming Vice failure is Viceland, a cable channel launched in 2015. This move never made any sense to anyone. Vice’s core audience is millennials, and millennials are running away from those $150 cable TV bills in record numbers. Investing in cable during the streaming boom is like investing in vinyl just as CDs were coming on.

In 2016, just days after the channel’s launch, Smith bragged that he could reverse the cord-cutting trend, that millennials would be so smitten with reruns of It’s Always Sunny in Philadelphia and original programming, like Weedetiquette and Gaycation, cable TV would be saved. But…

With an average of only 106,000 viewers, Viceland is losing or tied with such famous cable networks as Azteca America and Great American Country.

Viceland’s ratings did increase a little over ten percent last year, but ten percent of near-zero is still near-zero.