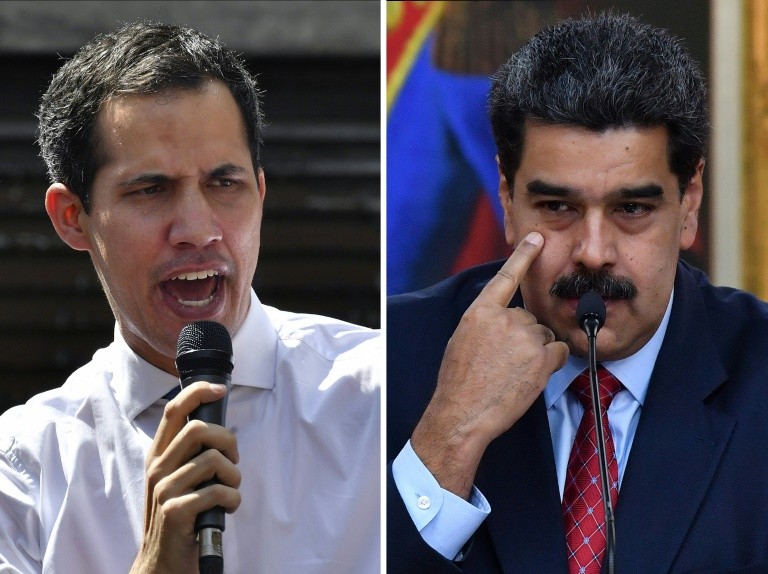 In a tweet thanking the Israeli leader, Guaido made a comparison between his own political journey and the Holocaust.

“Seventy-four years ago, the Auschwitz concentration camp was liberated, and today, just as our country is also fighting for its freedom, we thank the Prime Minister of Israel Benjamin Netanyahu for the recognition and the support,” Guaido wrote.

On Sunday, Netanyahu released a video statement in English.

“Israel joins the United States, Canada, most of the countries of Latin America and countries in Europe in recognizing the new leadership in Venezuela,” Netanyahu said.

Last week, the Trump administration allegedly requested that Israel publicly endorse the U.S.’s efforts to force Venezuelan President Nicolas Maduro to resign and to back Guaido as the interim president.

After Sunday’s recognition, U.S. Ambassador to Israel David Friedman lauded Jerusalem for “standing with the people of Venezuela and the forces of freedom and democracy.”

Israel takes a courageous stand in solidarity with the Venezuelan people! https://t.co/9i8z9NOHA1

At the United Nations on Saturday, U.S. Secretary of State Mike Pompeo called on the international community to put a stop to Venezuela’s “nightmare” and start supporting Guaido.

“Now is the time for every other national to pick a side,” Pompeo told the Security Council. “No more delays, no more games. Either you stand with the forces of freedom, or you’re in league with Maduro and his mayhem.”

Pompeo named American diplomat Elliott Abrams as the Trump administration’s new special envoy to Venezuela. Pompeo described Abrams as a “seasoned, principled, and tough-minded foreign policy veteran.” He said Abrams will be responsible “for all things related to our efforts to restore democracy in Venezuela.”

Abrams, a veteran of the Bush and Reagan administrations, is known for his pro-Israel views and is close to Netanyahu.