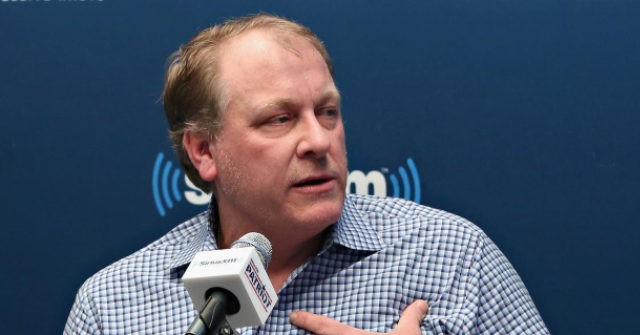 Only a matter of hours after President Donald Trump tweeted his support for Curt Schilling’s possible run for Congress, USA Today posted an extremely critical piece on the former MLB star.

On Tuesday morning, the Arizona Republic reported that the two time World Series player had been considering a run for Congress from Arizona and that he intended to challenge one of the sitting Democrats for a seat.

Schilling said he was in the planning stages and still didn’t know which seat he was looking at but, despite the nascent stage of the possible campaign, President Donald Trump jumped to Twitter to encourage Schilling to run.

“Curt Schilling, a great pitcher, and patriot is considering a run for Congress in Arizona. Terrific! ” Trump tweeted on Tuesday.

Curt Schilling, a great pitcher and patriot, is considering a run for Congress in Arizona. Terrific! @foxandfriends

Only a few hours passed, though, before USA Today published an attack on Schilling by replaying all the things liberals claim are “controversial.”

In the first three paragraphs of the August 13 piece published at 10 AM — three hours after the president’s tweet — the paper called Schilling a “right-wing supporter,” and noted that former pitcher has been snubbed by the Hall of Fame seven times.
From there, the piece claimed that Schilling “compared Muslims to Nazis.” That statement is false. The left’s attack, in that case, came after Schilling posted a meme to social media that noted that liberals wave off Islamic terror because “only 5 percent of Muslims are extremists.”

This meme did not “compare Muslims to Nazis.” It was a clear warning that small numbers of extremists in a large population can be very dangerous.

Schilling also tweeted out his criticisms of transgenderism, the failed state of journalism today, joked about Clinton conspiracy theories, and came to Trump’s support over his “locker room talk,” all topics that cause heartburn in liberals.

In the end, USA Today did not waste any time at all to try and torpedo a campaign that has not really even started.