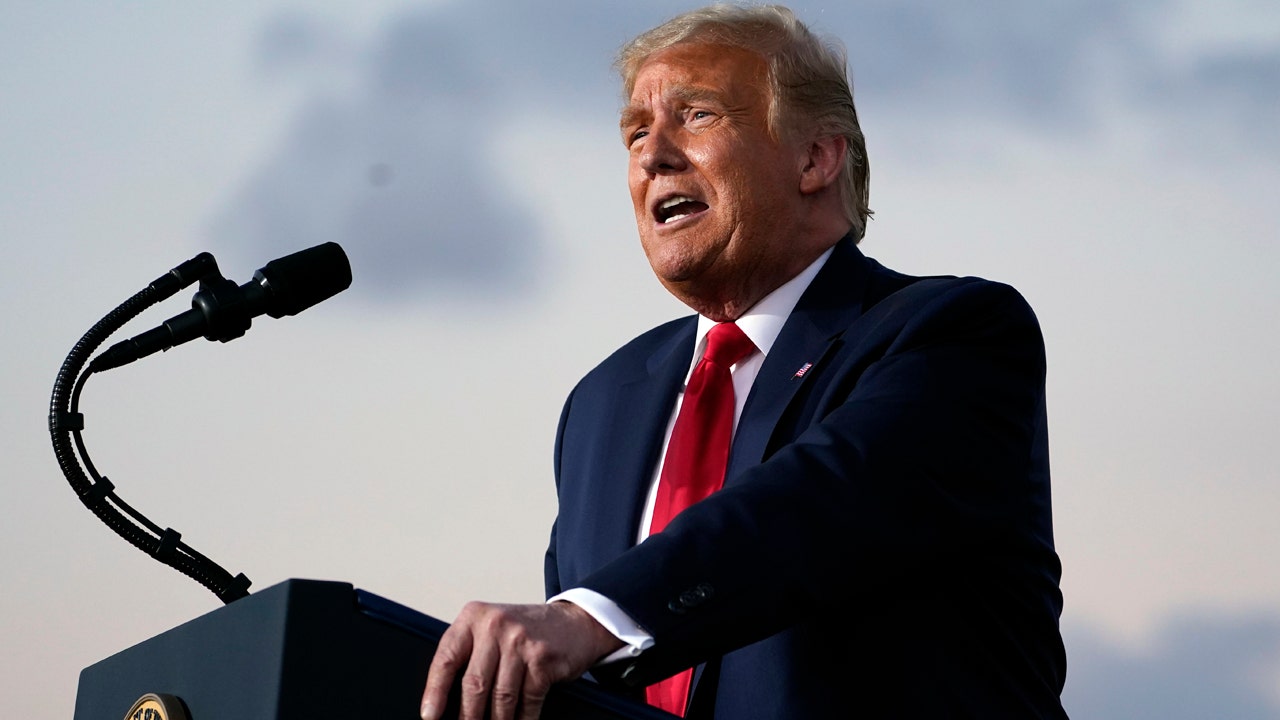 With the November election less than three weeks away and millions of Americans already casting their ballots, President Trump and Democratic rival Joe Biden will make one of their final appeals to voters during dueling town halls on Thursday night.

The two will participate in competing town halls in different cities on different networks: Trump on NBC from Miami and Biden on ABC from Philadelphia. The second presidential debate was originally scheduled for Thursday night, but Trump backed out last week when debate organizers announced the forum would be virtual following the president’s positive COVID-19 diagnosis.

On Saturday, Trump’s physician, Dr. Sean Conley, said the president has been cleared to return to an active schedule and has met criteria from the Centers for Disease Control and Prevention to end isolation. The president returned to the campaign trail on Monday.

Here’s what you need to know about the presidential campaigns and how they’ll be spending Thursday, Oct. 15, 2020, just 20 days away from the election.

Trump will be interviewed by FOX Business’ Stuart Varney at 10 a.m. ET from the White House.

From there, the president is slated to travel to the battleground state of North Carolina for an afternoon rally in Greenville. Once that concludes, Trump is scheduled to leave for Miami, where he’ll hold a closed-door fundraising event at the Trump National Doral Miami.

The NBC town hall event, held at the Perez Art Museum, is scheduled to begin at 8 p.m. ET. The event will take place outdoors and will be moderated by Savannah Guthrie.

An aggregate of polls by RealClearPolitics shows Biden leading by 3.3 percentage points in North Carolina.

The former vice president is raising campaign cash at a virtual event on Thursday. Biden announced Wednesday evening that his campaign raised a record-breaking $383 million in September, its second-straight historic fundraising haul.

The Trump campaign has not announced its September fundraising figures yet.

Biden will then travel to Philadelphia for the ABC News town hall, which also begins at 8 p.m. ET.

Pence will also be in Southern Florida on Thursday for a campaign rally in Miami.

The vice president will start the day at Memorial Cubano, which honors Cubans who died under Fidel Castro’s dictatorship. Then he’ll host a “Faith in America” event at the Lubavitch Educational Center in Miami-Dade County.

She will start her day in Asheville for an early vote launch mobilization event; from there, she’ll head to Charlotte for a campaign hub grand opening event. In the evening, Harris is scheduled to hold another voter mobilization event in Charlotte.