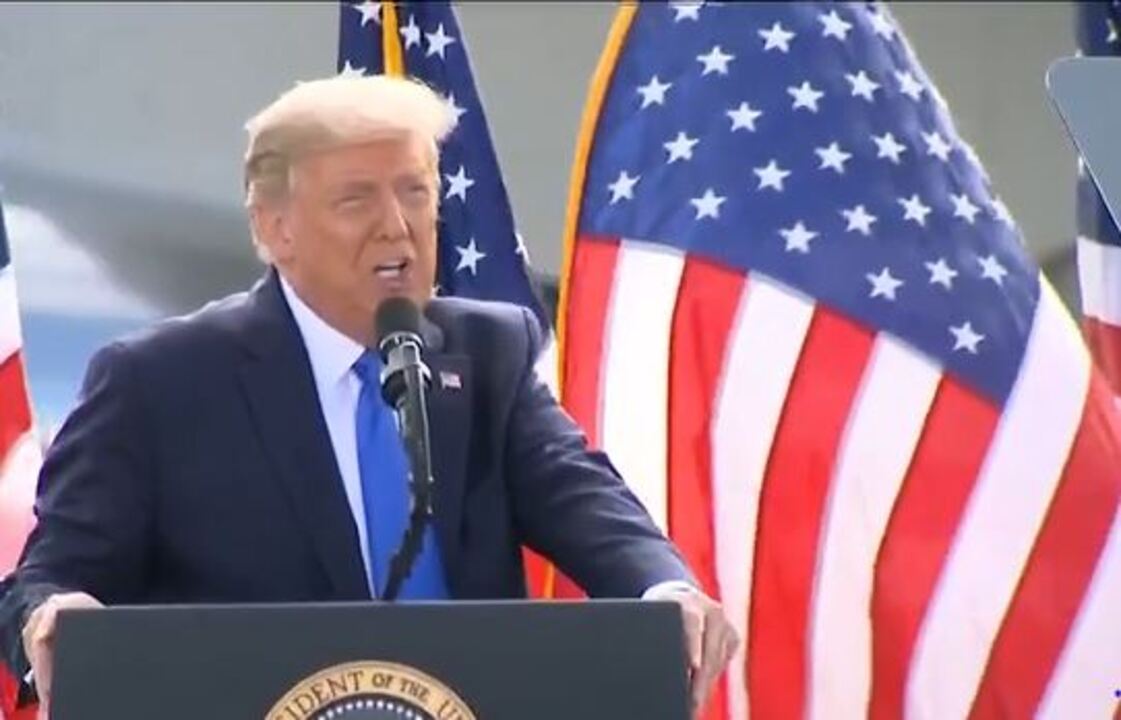 President Trump again denounced white supremacy on Thursday, while assuring that he will accept a peaceful transfer of power should Democratic presidential nominee Joe Biden win on Nov. 3.

During a town hall event hosted by NBC News’ Savannah Guthrie Tuesday night, the president was asked to clarify his stance on White supremacists, after the TODAY show host said his response during the first presidential debate last month was unclear.

The president added: “I denounce White supremacy, and you want to know something, I denounce Antifa.”

During the first presidential debate when moderator Chris Wallace of “Fox News Sunday” asked the president if he was willing to denounce White supremacists, he responded: “Sure, I’m willing to do that, but I would say almost everything I see is from the left-wing, not the right-wing. I am willing to do anything. I want to see peace.”

The president’s response sparked an intense moment with the former vice president.

“Who do you want me to condemn?” Trump said. “What do you want to call them? Give me a name.”

The Proud Boys have been designated a hate group by the Southern Poverty Law Center, and have held multiple events in Portland, alongside other right-wing groups. The gatherings have sparked some violent clashes with left-wing counter-demonstrators.

Biden interrupted, calling Antifa “an idea, not an organization.”

Trump fired back saying, “Oh, you’ve got to be kidding.”

“When a bat hits you over the head, that’s not an idea,” Trump said. “Antifa is bad.”

Meanwhile, Guthrie questioned the president on whether he would accept a peaceful transfer of power should Biden win the presidency on Nov. 3, saying his answers in the past have not been clear and referencing the president’s warnings of widespread voter fraud due to the scale of mail-in voting due to the coronavirus pandemic.

“They spied on my campaign and they got caught and they tried to take down a duly elected sitting president, and you ask if I will accept a peaceful transfer of power?” Trump said. “The answer is yes, I will. But I want it to be an honest election, and so does everybody else.”

He added: “Ideally, I don’t want a transfer—I want to win.”