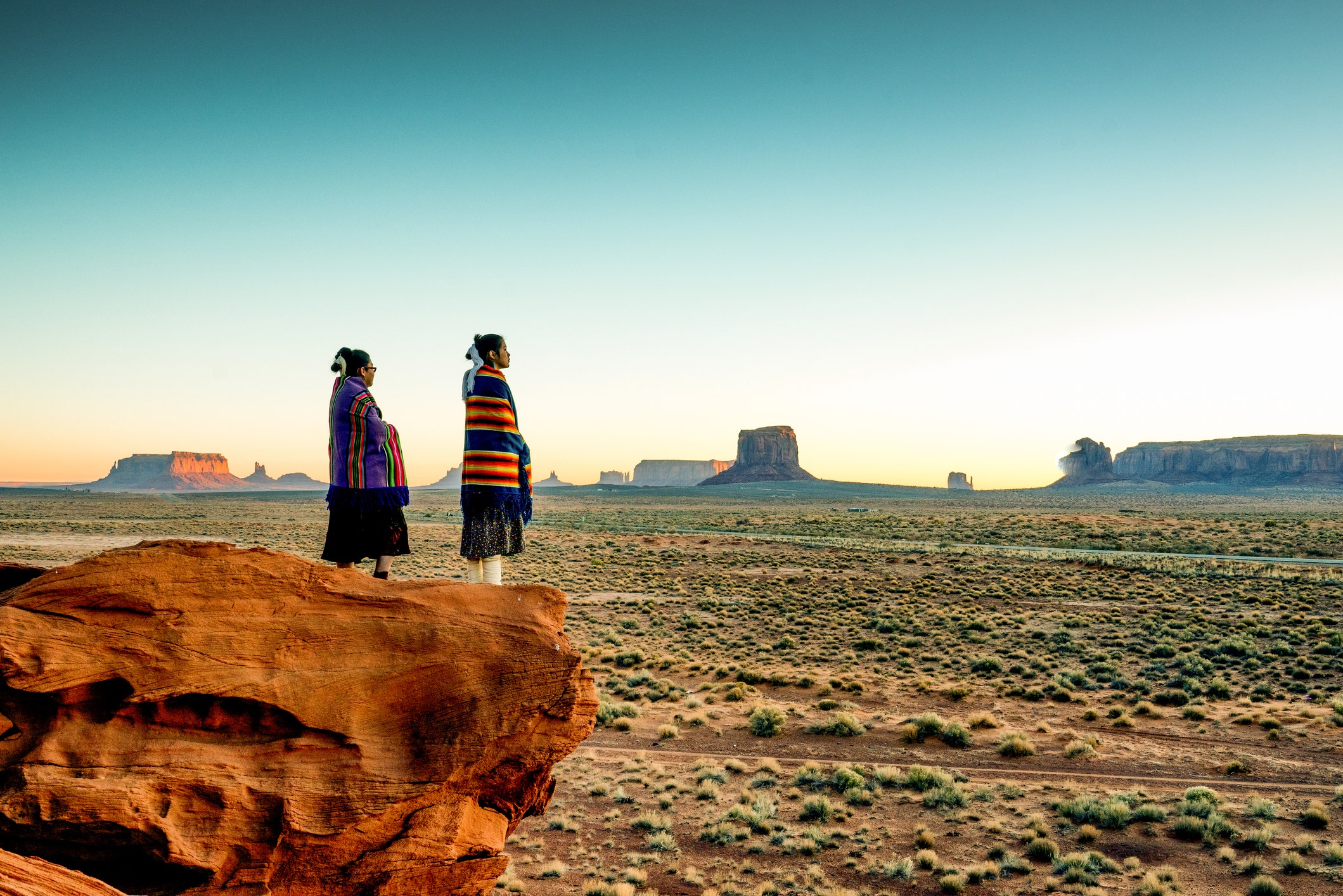 The document outlined five core principles President Trump has said he uses to fight for Indian Country, as well as 10 bullet-point promises for the future.

“I am sure if the federal government had intervened a lot quicker, things would have been a lot better,” Nez said. “It’s obvious there was a lack of support.”

Tribes have also been plagued by an epidemic of missing and murdered indigenous persons as well as opioid and meth crises.

In addition, rural and often remote tribal lands have limited access to broadcast and electric lines, though not all of them want changes because of concern over potential negative environmental impacts.

Trump also pledged $10 million to create new tribal charter schools and hand out school choice scholarships and promised to increase funding to some native-language programs by 25%.

The officials also touted $8 billion of disbursements to tribes battling COVID-19 and the U.S. Justice Department’s more than $295 million in grants for tribes.

Trump’s plan contains some similarities to that of Democratic challenger Joe Biden, who released his own policy platform at the beginning of the month.

Members of Arizona’s Navajo Nation had brought a lawsuit alleging that their voters would be disenfranchised by requirements that ballots be received by 7 p.m. GMT on Election Day, citing U.S. Postal service delivery concerns.

However, the 9th Circuit Court of Appeals concluded they had no legal standing to ask for an extension

As The New Republic reported, Native American voters are a critical bloc in several swing states including Arizona and Nevada. Polling data in both states show the former vice president carrying the lead, with margins of more than 3 and 5 percentage points respectively.