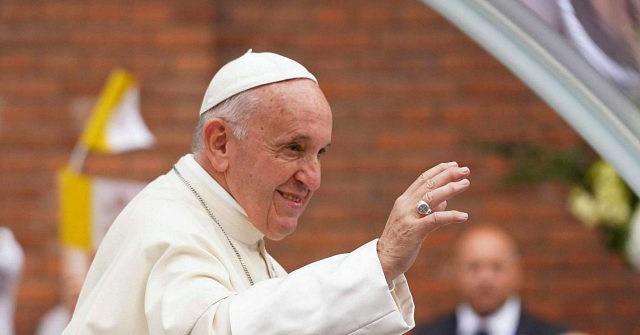 The former doctrinal chief of the U.S. bishops’ conference has published an article criticizing the Abu Dhabi statement signed by Pope Francis in February, alleging that the statement undervalues the person of Jesus and undermines the Gospel itself.

“The pluralism and the diversity of religions, color, sex, race and language are willed by God in his wisdom, through which he created human beings,” the statement said.

In his article this week, Father Thomas Weinandy took issue with the statement, insisting that the existence of a variety of colors, races, and languages in humanity is very different from a variety of contradictory truth claims about God’s identity and way of acting.

Pope Francis later walked back the statement, saying that rather than “willing” a plurality of religions, God really only permits the existence of many religions.

In a series of unscripted remarks, the pope attempted to clarify that what God really wills is fraternity among all peoples, while he only allows a plurality of religions.

“Some are born from culture, but they always look at heaven, they look at God,” he said. “But what God wills is brotherhood among us and in a special way – and this is the reason for this journey – with the Muslims, our brothers and sisters, children of Abraham.”

“We must not be frightened by the difference: God allowed this,” the pope continued. “We should be frightened if we do not work in brotherhood, to walk together in life.”

The pope did not, however, take back his support for the Abu Dhabi statement or ask to have it amended.

In his article, Father Weinandy said that Pope Francis is noted for his ambiguous statements, but the Abu Dhabi text is “the most egregious.”

“By implication, it not only devalues the person of Jesus, but it also, and more so, strikes at the very heart of God the Father’s eternal will. Thus, such studied ambiguity undermines the very Gospel itself,” he wrote.

With his sloppy and imprecise language, the pope plays rights into the hands of contemporary academics and pundits who argue that Christianity can no longer claim itself to be the one true religion, Father Weinandy said.

According to Catholic belief, the priest said, Jesus Christ is “the universal Savior and definitive Lord” and cannot be compared to any other religious founder, guru, or guide.

“Christianity is principally founded upon the saving actions of God; first anticipated and prefigured within his saving actions among the Israelites and fulfilled in the sending of his Son into the world – the Lord and Savior, Jesus Christ,” he said.

The theologian also cites Saint John Paul II, who wrote: “It is precisely this uniqueness of Christ which gives him an absolute and universal significance, whereby, while belonging to history, he remains history’s center and goal.”

Regarding the Abu Dhabi statement itself, Father Weinandy said that one would like to think “that Pope Francis unwittingly, and so not consciously aware of the doctrinal implications of his signature, did not intend what the document seems to declare.”

“Regardless, no one, not even a pontiff, can undo or override the will of God the Father concerning Jesus his Son,” he concludes.

“In his love the Father has given the world Jesus his Son, and ‘there is no other name under heaven given among men by which we must be saved’ (Acts 4:12),” he said.