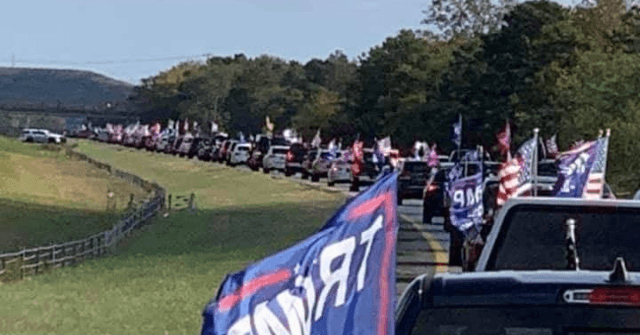 Thousands of supporters of President Donald Trump joined a rolling rally across Long Island on Sunday to mobilize support for the president’s re-election.

The rolling rally — which included a parade of cars sporting Trump campaign flags and American flags — began at the Long Island Railroad station in Seaford and cruised for 80 miles east down Sunrise Highway to Montauk, Newsday reported.

Sunday’s event, called “MAGA-gras,” is the sixth pro-Trump event Farash has put together in several weeks.

Other events included a pro-Trump caravan from Long Island to Trump Tower in Manhattan on October 4, while Trump was battling the coronavirus.

Sunday’s rally, like many other rallies Farash has held, also collected canned goods and other nonperishable food for the needy.

There have been similar Trump parades happening across the country in support of the president as the election draws closer.

Hundreds of Trump supporters also gathered for car parades in Indiana and Tennessee on Saturday.