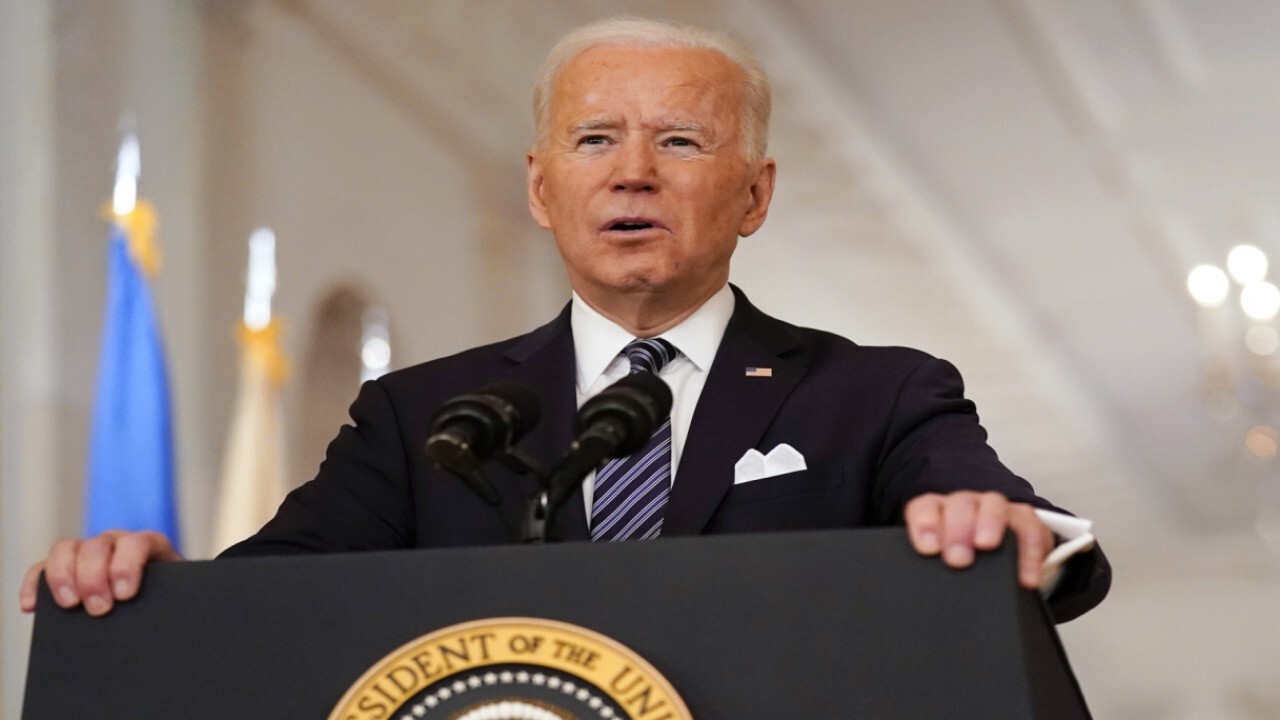 President Biden’s primetime speech on the current state of the coronavirus pandemic appeared to set artificially low expectations for the country in hopes that the White House would exceed them, according to former Trump speechwriter Stephen Miller.

Miller told Fox Business’ “Kudlow” that while President Trump exuded positive energy and optimism in his remarks to the public, Biden painted a gloomy picture that he might not recommend Americans celebrate Independence Day unless the administration’s virus mitigation thresholds are met.

“It was so gloomy. It didn’t inspire or uplift at all,” said Miller. “Let’s pull the curtain back a bit. Here’s what’s going on for you and your audience and everybody listening: They are deliberately setting extraordinarily low on ambitious, uninspiring goals on the theory that they can exceed these incredibly dismal objections.”

Miller said Biden’s comments about Independence Day may be one of the “least inspring calls-to-action in human history.”

“If we stay closed, if we suffer, if we struggle, if we sacrifice, if we hurt, then maybe, just maybe, Larry, on July 4, you can have dinner with your own family in your own backyard. I couldn’t believe it,” he said.

In response, host Larry Kudlow remarked that Biden appeared to inject some “Jimmy Carter malaise-speech” from the 1970s in his address Thursday.

“Exactly, that’s what it was,” remarked Miller.

GET UP TO THE MINUTE BUSINESS AND FINANCIAL NEWS ON FOXBUSINESS.COM

“Newsflash to the Biden administration: People have been doing that throughout the pandemic with their own family members.”

Miller added that he also detected an undertone of “… or else” in the speech, regarding the possibility of a return to stricter national lockdowns.

“The speechwriters clearly thought it would be an effective cudgel to threaten people with an ‘or else’. That’s not how you inspire people… It’s not the American rhetorical tradition. People respond to positive energy, to optimism, to painting a picture of what can be achieved in the best of circumstances,” he said.

“Threatening people with punitive measures and saying if you don’t do it this way, I will shut everything down — It’s mean-spirited.”