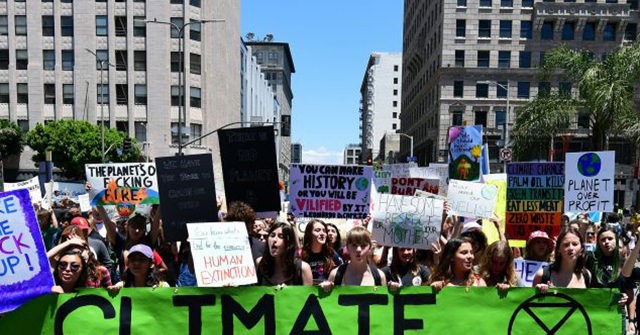 Silicon Valley’s Transportation Board declared a “climate emergency” this week in an attempt to heighten public awareness and adopt measures to curb greenhouse gas emissions.

“Global climate change caused by human activities has resulted in a climate emergency which demands mobilization at a massive scale to halt, reverse, mitigate, and prepare for the consequences of the climate emergency and to restore the climate for future generations,” states the resolution, which was approved unanimously by the Valley Transportation Authority (VTA) board of directors.

According to county officials, VTA is believed to be the first transit agency in the country to declare a climate emergency.

By adopting this measure, the VTA also commits to identify metrics, including objectives and targets, to reduce greenhouse gas (GHG) emissions and “develop a Climate Action Plan to guide its climate emergency response” as well as to support legislative efforts to avert climate change “by federal, state, regional, and local entities.”

“This resolution builds on VTA’s existing commitment and progress to reduce GHG emissions which contribute to climate change,” the document declares.

The resolution was adopted based on the stated belief that “climate-related natural disasters have increased exponentially over the past decade, costing the United States more than double the long-term average during the period of 2014 through 2018, with total costs of natural disasters during that period of approximately $100 billion per year.”

The text of the document also declares that individuals and families on the frontlines of climate change often find themselves “living with income inequality and poverty, institutional racism, inequity on the basis of gender and sexual orientation, poor infrastructure, and lack of access to health care, housing, clean water, and food security.”

“This marks a bold commitment for VTA to move forward in a more sustainable manner to solve the challenges of climate change while reducing congestion in our county,” said Santa Clara County supervisor Dave Cortese.

Santa Clara County is not alone in upping the ante on climate change, but follows in the footsteps of other California districts in making astonishing claims about the climate.

In June 2018, the Berkeley City Council issued a similar resolution declaring a worldwide climate emergency and calling climate change “the greatest crisis in history” while blaming it for the deaths of “millions.”

Droughts, famines, and diseases produced by global warming “have already killed millions of people in the Global South,” the document announces, adding that the earth is “already too hot for safety and justice.”

“The global economy’s overshoot of ecological limits and, increasingly climate change, are driving a global fresh water scarcity crisis and the sixth mass extinction of species, which could devastate much of life on earth for the next ten million years,” the resolution predicts.

Climate change “has been linked to the Syrian War, the rise of Boko Haram in Nigeria, as well as the famines, water shortages, and resulting conflict in Yemen, Somalia, and South Sudan,” the document pronounces.

Last September, however, a diverse group of more than 500 experts in the sciences, academia, economics, business, law, and other fields sent a “European Climate Declaration” to the Secretary-General of the United Nations insisting that there is no climate emergency and asking for a high level, open debate on climate change.

“Climate science should be less political, while climate policies should be more scientific,” the declaration states. “Scientists should openly address the uncertainties and exaggerations in their predictions of global warming, while politicians should dispassionately count the real benefits as well as the imagined costs of adaptation to global warming, and the real costs as well as the imagined benefits of mitigation.”

The signatories declared that there is “no statistical evidence that global warming is intensifying hurricanes, floods, droughts and suchlike natural disasters, or making them more frequent” while underscoring the costliness and negative side-effects of CO2-mitigation measures.

“There is no climate emergency,” the text states. “Therefore, there is no cause for panic and alarm.”

“If better approaches emerge, and they certainly will, we have ample time to reflect and adapt. The aim of international policy should be to provide reliable and affordable energy at all times, and throughout the world,” it declares.

The signatories also assert that it is “cruel as well as imprudent to advocate the squandering of trillions” on the basis of results from immature, general-circulation models of climate on which international policy is currently founded.

“We urge you to follow a climate policy based on sound science, realistic economics and genuine concern for those harmed by costly but unnecessary attempts at mitigation,” the text reads.