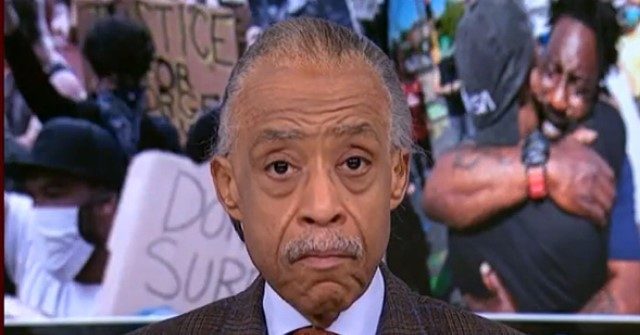 Monday on MSNBC’s “Morning Joe,” network anchor Al Sharpton reacted to the nationwide protests over George Floyd’s death while in the custody of Minneapolis Police officers, some of which turned violent with looting, buildings set on fire, attacking people and more.

Sharpton stressed the importance of distinguishing between the people who have been protesting peacefully and those who are inciting others.

Sharpton highlighted the protests in Ferguson, MO, for the death of Michael Brown, which he said young people were incited and ended up in jail while the people who brought them there from out of town disappeared.

He advised, “Don’t use George Floyd for anything other than justice for George Floyd and the Eric Garners and the others that’s been neglected. That’s why we brought Eric Garner’s mother down there because we wanted to show there is a connected battle against systemic neglect of criminal justice. This is not episodal, this is systematic.”