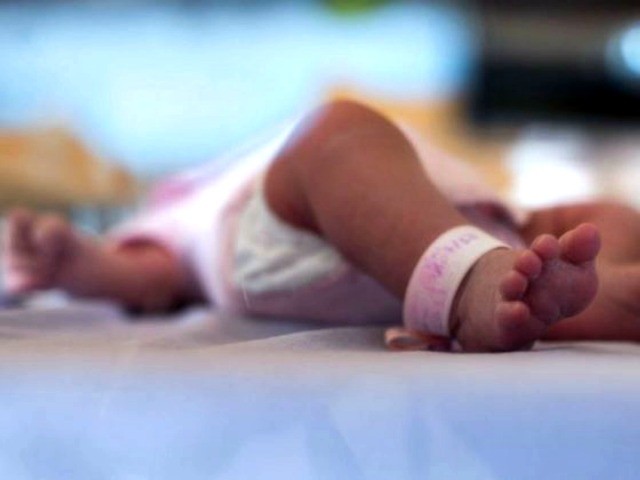 Senate Democrats – led by Washington Sen. Patty Murray – blocked a bill that would require babies born alive during abortion to receive reasonable medical care and transport to a hospital.

Nebraska Republican Sen. Ben Sasse introduced the Born-Alive Abortion Survivors Protection Act (S. 130) to protect babies who have survived failed abortions. Sasse went to the floor of the Senate Monday to ask his colleagues to pass the bill by unanimous consent, but Democrats objected.

Senator @BenSasse did not mince words in response to comments from @GovernorVA today on #HB2491 pic.twitter.com/wRLyemuMxg

This place fancies itself the world’s greatest deliberative body, but we would be deceiving ourselves if we ignored the biggest debate that’s been happening in America over the last 36 hours. A public elected official — the Governor of one of the 50 states — has been defending a practice that is morally repugnant. The Governor of Virginia has been defending a practice that is repugnant to civilized people across the entire world.

“Senate Democrats had the chance today to prove they are not the party of infanticide, and instead they doubled down on extremism,” said Susan B. Anthony List (SBA List) President Marjorie Dannenfelser after Democrats blocked the bill. “The Democratic Party’s agenda of abortion on demand through birth and even beyond is radically out of step with the standards of decency the overwhelming majority of Americans expect from their leaders.”

“We urge the Senate to bring the bill to the floor for a recorded vote so Americans can know where each senator stands, and we urge its passage,” Dannenfelser added. “It’s time to get this bill swiftly to the President’s desk for his signature.”

.@HawleyMO: “It’s hard to imagine this legislation is even necessary in America in the 21st century.” #ResistInfanticide

.@SenatorLankford calls out NY and VA lawmakers for wanting to be as extreme as North Korea and China.https://t.co/hqGi46ATHf

Before I formed you in the womb I knew you, before you were born I dedicated you,

Proud to co-sponsor @SenSasse’s bill to protect precious newborn lives. I urge my Senate colleagues to take a stand for the sanctity of life & to take swift action to pass this bill. –> https://t.co/mBeojTmSOS

The Born-Alive Act states that Congress acknowledges an “infant” born alive during a failed abortion “is a legal person for all purposes under the laws of the United States, and entitled to all the protections of such laws.”

Under the bill, health care providers who fail to provide medical care to an infant born alive after abortion can be fined or imprisoned for up to five years, or both.

According to the Born-Alive Act, the intentional killing of an infant born alive after abortion “shall be punished as … intentionally killing or attempting to kill a human being.”

Jill Stanek, a former nurse who witnessed late-term babies born alive during abortion procedures and left to die, said, “It is appalling to watch Democrat senators argue against this compassionate bill.”

“Pleading ignorance is not an option especially in the wake of efforts in New York and Virginia to legalize infanticide,” she said. “Everyone should be able to agree on equal protection under the law for these children.”

Just prior to the controversy over the Virginia bill – which would allow abortion even moments before birth – New York Democrat Gov. Andrew Cuomo signed a bill into law that denies “personhood” to unborn babies. Under the law, violence against an unborn child during a homicide is no longer criminally punishable.

Now, Democrats in Rhode Island and Vermont have also proposed bills that would strip most restrictions on abortion and declare the procedure a “fundamental right.”

“These late-term abortion bills do more than reveal Democratic radicalism. They draw back the veil of euphemism to expose abortion for what it is: At every stage of pregnancy, it is the taking of a human life.” @xan_desanctis in her first at The Atlantic:https://t.co/EFWGZxpc81

Tom McClusky, president of March for Life Action, said that in Sasse’s appeal for unanimous consent for the Born-Alive Act, Murray, representing Senate Democrats, “chose to stand up in favor of infanticide and the abortion lobby.”

“This pro-death mentality is the same one that has recently moved some lawmakers to propose extremely permissive late term abortion bills in states like New York and Virginia,” he said.

A recent Marist poll found 75 percent of Americans want substantial restrictions on abortion, including 60 percent of Democrats and 61 percent of those who identify as “pro-choice.”

“We call on Senate Majority Leader McConnell to bring the Born-Alive Abortion Survivors Protection Act to a floor vote so that constituents know exactly where their elected officials stand on protecting the fundamental right to life,” McClusky added.