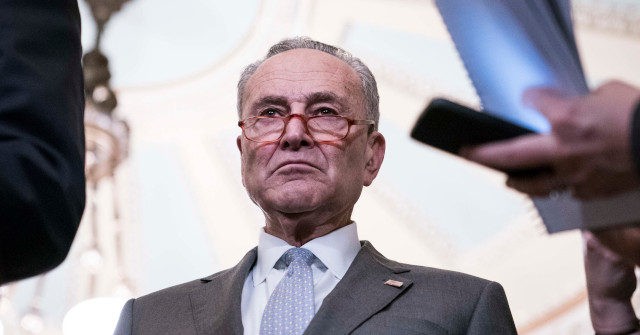 On Wednesday’s broadcast of MSNBC’s “Rachel Maddow Show,” Senate Minority Leader Chuck Schumer (D-NY) stated that based on a classified briefing he received, he believes Iran is really just trying to undermine faith in American elections, not hurt President Donald Trump, and what Iran and Russia are trying to do is “similar, in a different way of course, than what President Trump is doing, undermine confidence in our elections.”

Schumer said, “I did receive a classified briefing this afternoon on this, and so I can’t discuss the details, but I can tell you one thing: It was clear to me that the intent of Iran in this case, and Russia in many more cases, is to sow — to basically undermine confidence in our elections. This was — this action I do not believe was aimed — from my surmise, was aimed at discrediting President Trump. I heard that the DNI said that. It was, rather done to undermine confidence in our elections, aimed at Democrats, Republicans, independents, that people — what Iran and Russia — and by the way, Russia is far worse of a culprit than Iran on these things and should be focused on — but what they try to do, what they’re trying to do here is — and as your previous guest said, similar, in a different way of course, than what President Trump is doing, undermine confidence in our elections.”