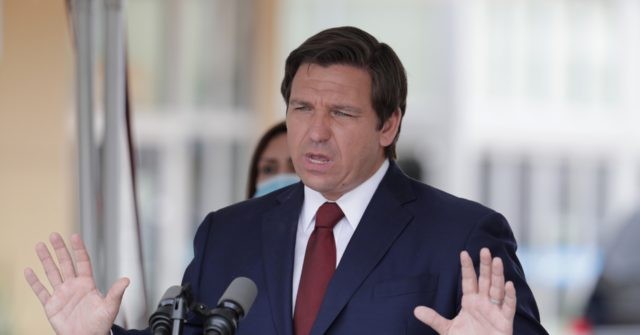 President Biden delivered his first prime-time speech Thursday, marking the one-year anniversary of restrictions put in place to combat the pandemic. The president called on the country to unify around taking steps to ensure the spread of the virus does not spike in the following months.

“Even if we devote every resource we have, beating this virus and getting back to normal depends on national unity,” Biden said, suggesting the lockdown measures could be re-applied if Americans don’t “stay vigilant.”

“National unity isn’t just how politics and politicians vote in Washington, what the loudest voices say on cable or online. Unity is what we do as fellow Americans. Because if we don’t stay vigilant and the conditions change, then we may have to reinstate restrictions to get back on track,” the president said.

Florida, one of the first states to reopen — to the dismay of the establishment media and pro-lockdown Democrat politicians — continues to fare better in terms of new coronavirus cases per capita in the last seven days than restriction-heavy blue states such as New York, per Centers for Disease Control Prevention (CDC) data.

DeSantis’ Friday remarks were not the first time that he has vowed to keep Florida open. During his recent State of the State address, the governor said he would do whatever possible to ensure businesses and schools remain open in Sunshine state as his administration continues to roll out the vaccine.

“From the outset, Florida has been steadfast in focusing efforts on the protection of the elderly. We rejected the policy of sending contagious COVID patients back into nursing homes; indeed, we prohibited the practice. Florida also established COVID-only nursing facilities so that infections in long-term care facilities could be more effectively contained,” he added.