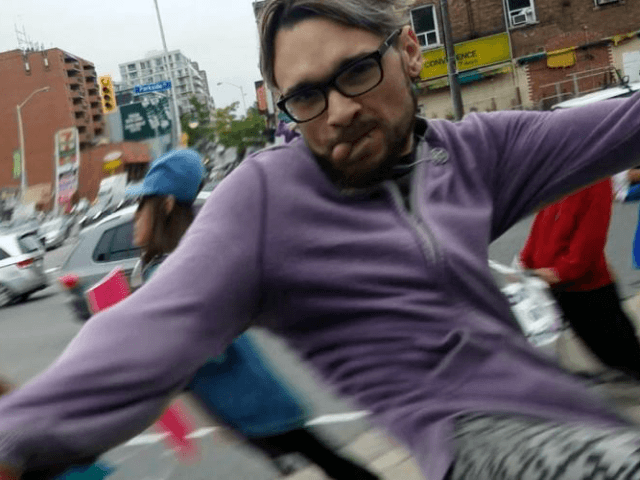 A pro-choice male hairstylist who violently delivered an assault on a pro-life advocate during a peaceful protest against abortion has been fired from his job.

Nobles Studio 101 in Toronto, Canada, has fired its hairstylist Jordan Hunt after he was caught on camera assaulting a pro-life activist at a peaceful rally:

“We don’t condone his actions and he has been let go,” the hair salon posted to its Instagram account. “We believe that everyone has a right to an opinion and the right to voice their opinion without fear of physical violence.”

According to the Daily Mail, Hunt performed “a vicious roundhouse kick” on Marie-Claire Bissonnette, 27, after she accused him of vandalizing the pro-life advocates’ signs and clothing with marker pens.

Bissonnette filmed Hunt with her phone as he aggressively challenged her anti-abortion views concerning when a woman is raped and becomes pregnant as a result.

When she replied “it’s a baby” and abortion was “killing,” Hunt spun around and delivered a roundhouse kick to her in the shoulder, causing her phone to be knocked to the ground.

Before fleeing the scene, Hunt claimed he was aiming to kick her phone and hit Bissonnette by mistake.

Hunt has since defended his actions on Twitter using a #Resistance hashtag. Ironically, he also compared himself to Gandhi, Martin Luther King, Jr., and Susan B. Anthony – all of whom were pro-life.

Heroes were always attacked in their day for defending the rights of others. MLK, Ghandi, susan b anthony.

I will NOT back down for defending women’s rights

I will NOT apologize for defending women’s right to choose. Even to a woman. #TheResistance

The “man” who assaulted a female pro life protester in Toronto has been identified as Jordan Hunt. He has since been fired from his job as a hairdresser and is purging his social media presence. Too late, Jordan. pic.twitter.com/0JzQprlgRk

“I’ve participated in many public pro-life activities throughout my life,” she reportedly said. “This isn’t the first time I’ve been attacked.”

Rocks have been thrown at me. I’ve been spat upon multiple times and pushed.

Men have aggressively asked how I would like it if they raped me and forced me to have an abortion.

There is a media-driven narrative that pro-life activists are violent and a danger to women. This is a bald-faced lie.

The only violence or aggression I’ve witnessed in my many years in the pro-life movement comes entirely from pro-abortion activists, and yet it’s rarely, if ever, reported.

Bissonnette said she completely empathizes with a woman who is raped and becomes pregnant through that violent experience.

“But the reality is that a woman who has conceived in rape has become a mother, and I cannot support a procedure that would make her the mother of a dead child,” she said.

“The investigation is ongoing and no arrests have been made at this time,” the police reportedly said.