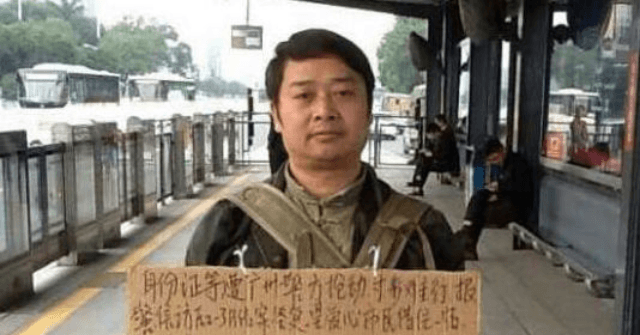 Chinese authorities in the southwestern province of Sichuan are believed to have kidnapped prominent pro-democracy activist and Tiananmen Square survivor Chen Yunfei, ahead of plans to commemorate the anniversary of the massacre of innocent civilians at the hands of the country’s communist regime.

According to the Chinese Human Rights Defenders (CHRD) organization, Chen was kidnapped from his home this week as he planned to commemorate Thursday’s anniversary of the tragedy. His mother has also reportedly gone missing.

The organization said in a statement:

Chengdu police reportedly took away activist Chen Yunfei (陈云飞) from his home in the Wenjiang District on May 31, 2020. Police have not released any information on his exact whereabouts, or the nature of any accusation against him. Chen’s elderly mother is also out of reach. A fellow activist who went to Chen’s residence to find out about his mother has also gone missing. Chen’s secret detention is likely linked to his speech at an online gathering to commemorate the 31st anniversary of the 1989 Tiananmen massacre of peaceful protesters.

In remarks leading up to Thursday’s event, Chen commented on China’s attempts to destroy Hong Kong’s autonomy, beginning with the introduction of the “national security” law that will effectively criminalize any activities seen as undermining Beijing’s total authority. This includes failed attempts to ban vigils taking place in Hong Kong to commemorate the events.

We have seen wave upon wave of civil unrest and grievances in Hong Kong, from the [2003] Article 23 protests to the anti-extradition movement and the opposition to the national security law. We have also seen the Sino-U.S. trade war and the coronavirus that spread from Wuhan across the whole country and then throughout the whole world.

These things show us that the Chinese government hasn’t found the root of popular malaise, and also that the things we were fighting for in the 1989 protest movement were the right things. There is no reason why we shouldn’t publicize and commemorate June 4 thin any number of ways.

Chen’s friend Li Jinfang expressed his concerns about his whereabouts in an interview with Radio Free Asia.

“A friend told me that they were unable to reach him on the night of May 31,” Li said. “This news made me very anxious, and I tried calling him again. His phone was still on at that point, but nobody picked up. I think he has been taken away because this is a [politically] sensitive time of year; it’s definitely related to [June 4].”

Since his participation in the 1989 pro-democracy movement that led to the massacre of thousands of his fellow activists, Chen has campaigned to hold China’s communist regime accountable and ensure compensation is provided to the victims’ families. In June 2007, he was arrested after placing an ad in a state newspaper in June 2007 urging people to remember the events of 1989.

As recently as 2015, Chen was similarly arrested for his involvement in a memorial service for Tiananmen victims in Sichuan, and later condemned to a four-year prison sentence on charges of “picking quarrels and provoking justice.” He served the full term and was released in 2019 upon which he resumed his activism.