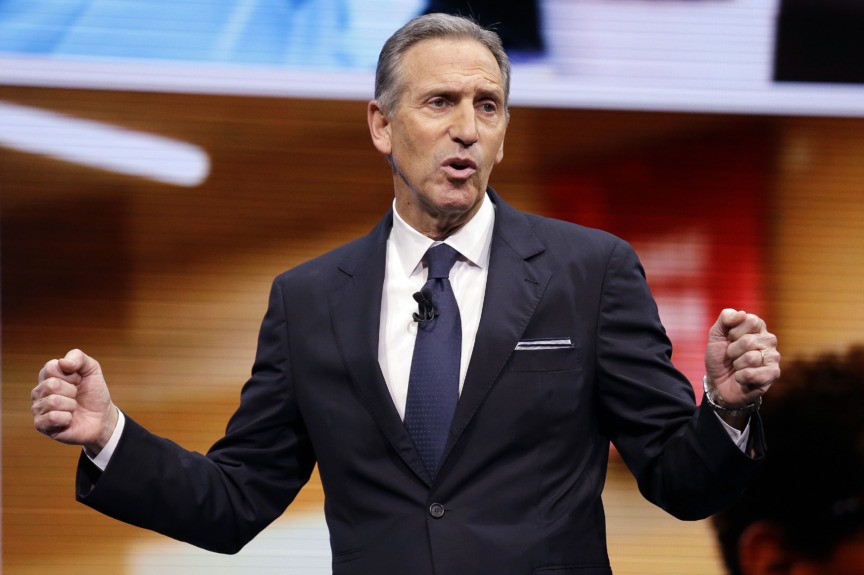 Priorities USA, the powerful Democratic super PAC, vowed on Monday to “target” former Starbucks CEO Howard Schultz if he decides to run for president as an “independent centrist.”

The group warned Schultz that they “would do everything” to “ensure that his candidacy is unsuccessful” on the day Schultz hired the group’s co-founder, Bill Burton, as a communications adviser.

“If Schultz entered the race as an independent, we would consider him a target… We would do everything we can to ensure that his candidacy is unsuccessful,” Patrick McHugh, the super PAC’s executive director, told the Associated Press. “The bottom line… is that I don’t think Americans are looking for another selfish billionaire to enter the race.”

Democrats have been incensed that Schultz–who has establishment Republican hacks like Steve Schmidt, whose business model seems to be conning super rich people into paying him exorbitant consulting fees while he whispers sweet-nothings in their ears, advising him–could possibly siphon off enough anti-Trump voters to hand Trump a second term.

On Monday, Michael Bloomberg, who is also considering a presidential bid as a Democrat, warned Schultz not to play the spoiler role.

“Now I have never been a partisan guy— and it’s no secret that I looked at an independent bid in the past. In fact I faced exactly the same decision now facing others who are considering it,” Bloomberg wrote.

But he said “data was very clear and very consistent” and “the strong pull of partisanship and the realities of the electoral college system” convinced him that “there is no way an independent can win.”

“That is truer today than ever before,” he continued. “In 2020, the great likelihood is that an independent would just split the anti-Trump vote and end up re-electing the President. That’s a risk I refused to run in 2016 and we can’t afford to run it now. We must remain united, and we must not allow any candidate to divide or fracture us. The stakes couldn’t be higher.”

In 2020, the great likelihood is that an independent would just split the anti-Trump vote and end up re-electing the President. That’s a risk I refused to run in 2016 and we can’t afford to run it now. https://t.co/SmHM6cYUg7 pic.twitter.com/iQ2CK5o2k6