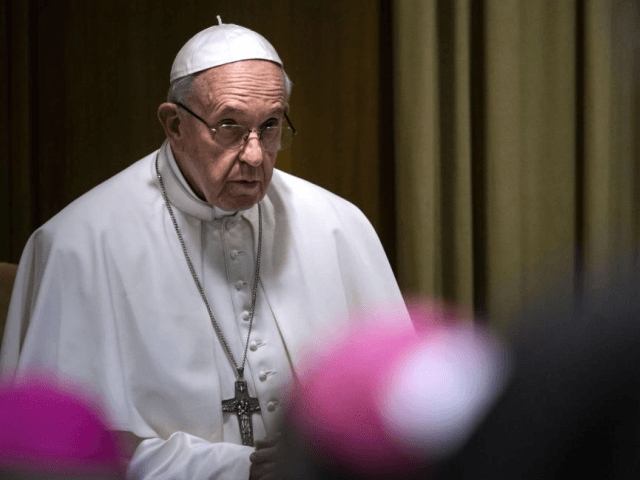 ROME — Pope Francis has publicly endorsed an essay that appeared in 2017 criticizing relations between Evangelicals and Catholics in the United States as an “ecumenism of hate.”

On Thursday, La Civiltà Cattolica journal released the transcript of a meeting between Pope Francis and a group of 24 Jesuits on September 5, 2019, during his recent trip to Mozambique in which the pope suggested that certain Evangelical Protestants in the United States “cannot really be defined as Christian.”

“Two important articles in Civiltà Cattolica have been published in this regard. I recommend them to you. They were written by Father Spadaro and the Argentinean Presbyterian pastor, Marcelo Figueroa. The first article spoke of the ‘ecumenism of hatred.’ The second was on the ‘theology of prosperity,’” the pontiff said.

“Reading them you will see that there are sects that cannot really be defined as Christian. They preach Christ, yes, but their message is not Christian,” the pope said. “It has nothing to do with the preaching of a Lutheran or any other serious evangelical Christianity.”

In the first essay recommended by the pope, the authors, who are both friends of Francis, slammed conservative Christians in the U.S. as ignorant, theocratic, Manichean, war-mongering fanatics.

For the “Evangelical right,” the authors proposed, the panorama of threats to the American way of life “have included modernist spirits, the black civil rights movement, the hippy movement, communism, feminist movements and so on. And now in our day there are the migrants and the Muslims.”

The authors did not hesitate to suggest that many Evangelicals are southern racists who reject climate change.

“Another interesting aspect is the relationship with creation of these religious groups that are composed mainly of whites from the deep American South,” the article stated. “There is a sort of ‘anesthetic’ with regard to ecological disasters and problems generated by climate change. They profess ‘dominionism’ and consider ecologists as people who are against the Christian faith.”

Throughout the essay, the authors criticize a string of exclusively Republican presidents as being tainted by the teachings of Evangelical Protestantism. The list of those mentioned includes Richard Nixon, Ronald Reagan, George W. Bush, and, of course, Donald Trump.

One of the most serious evils of American Evangelical Christians, the article stated, is “the defense of religious liberty,’” which takes the form of “a direct virtual challenge to the secularity of the state.”

The authors went on to denounce the ecumenical alliance between conservative Catholics and Evangelical Christians who align behind certain moral issues in the public square.

“Some who profess themselves to be Catholic express themselves in ways that until recently were unknown in their tradition and using tones much closer to Evangelicals. They are defined as value voters as far as attracting electoral mass support is concerned,” the article asserted.

This poisonous alliance over shared objectives “happens around such themes as abortion, same-sex marriage, religious education in schools and other matters generally considered moral or tied to values,” the essay claimed, which unite Catholics and Evangelicals in “the nostalgic dream of a theocratic type of state.”

At the time of its publication, the article triggered an avalanche of critical responses denouncing the ignorance and political ill-will underlying the essay.

Philadelphia Archbishop Charles J. Chaput, for instance, wrote a sharp criticism of the essay, saying that the authors were guilty of “dumbing down and inadequately presenting the nature of Catholic/evangelical cooperation on religious freedom and other key issues.”

“Dismissing today’s attacks on religious liberty as a ‘narrative of fear,’” as the La Civiltà Cattolica article does, Chaput said, “sounds willfully ignorant.”

In his critique of the article, Dr. Samuel Gregg called the article “disturbing,” while lamenting the tacit anti-Americanism and “distinctly amateur grasp of American religious history.”

As Dr. Gregg noted, to describe “Marxism-Leninism, Islamist jihadism, or National Socialism” as evil is not evidence of a Manichaean worldview. “It is simply recognition that some ideas are indeed wicked and lead to many people, even nations, engaging in gravely evil acts.”

Moreover, Gregg wrote, if one looks at statements put together by various scholars and intellectuals involved in movements such as Evangelicals and Catholics Together, “they contain not a shred of theocratic aspiration.”

“The ecumenical discussion between those involved in these endeavors have led over time to genuine fruit in terms of clarification of points in common, removing misconceptions, identifying real doctrinal road-blocks, and identifying areas where practical work to promote the common good can be pursued together,” Gregg observed.

It is not a theocratic nostalgia that leads Evangelical and Catholic Christians in America to make the argument that “unborn human beings are entitled to the same protections from the unjust use of lethal force as any other human being, or that religious liberty is more than just freedom of worship, or that parents are entitled to insist that their children not be subjected to the nonsense of ‘gender theory’ at school,” Gregg added.

The published criticisms of the original article by serious scholars, both Christian and secular, ended up being so numerous they could fill a book. The article was eventually dismissed as simply an embarrassing attempt at political propaganda by overly zealous Italian and Argentinian clerics who were completely out of their depth.

Which could lead one to wonder what Pope Francis could possibly be thinking when he dredges up this ill-begotten essay out of the swamp of oblivion to recommend it as a useful aid for understanding America’s complex religious landscape.