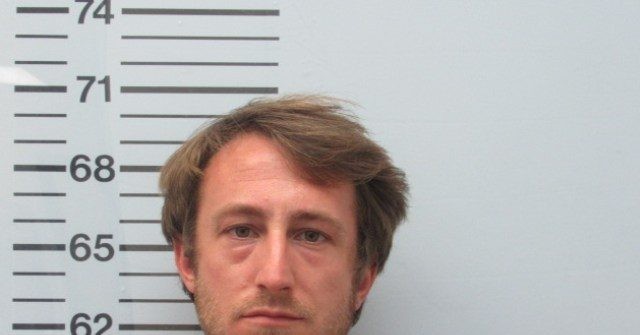 Protester Zachary Borenstein was arrested on felony charges of defacing a monument on the campus of the University of Mississippi on Saturday. Borenstein reportedly teaches geometry to junior high school students in Hollandale, Mississippi. In response to the vandalism, the university has decided to relocate the monument.

According to a report by Campus Reform, Zachary Borenstein, a geometry teacher at Simmons Junior-Senior High School, was arrested on Saturday after he allegedly defaced a campus monument with spray paint. Borenstein, a graduate of the University of Mississippi, allegedly painted the words “spiritual genocide” on a Confederate monument on campus.

On Saturday, Staff at the University of Mississippi unsuccessfully tried to remove the vandalism from the statue.

Facilities management has tried to power wash the graffiti off of the confederate state on the Ole Miss campus with no luck. pic.twitter.com/1D0sLiA3Xa

Arielle Hudson, a graduate of the University of Mississippi, started a GoFundMe page for Borenstein ‘s bail, which was set on Saturday at $5,000. The fundraising campaign has raised over $20,000, most of which will be donated to the Mississippi Bail Fund.

“I created the fund for Zach because I felt it was the right thing to do,” Hudson said. “I knew that Zach was possibly going to be facing felony charges since it is a registered national landmark. I know that could mean a possible, expensive bail bond, and I wanted to be prepared to get him out.”

As a result of the controversy, University of Mississippi Chancellor Glenn Boyce announced this week that the monument would be relocated.

“This is a time for change. For me, that means moving the monument away from the center of our campus,” Boyce said. “That monument has divided this campus, and the process of its removal from the Circle is one I am committed to seeing through to completion. There is more to do, but this needs to happen.”

Stay tuned to Breitbart News for more updates on this story