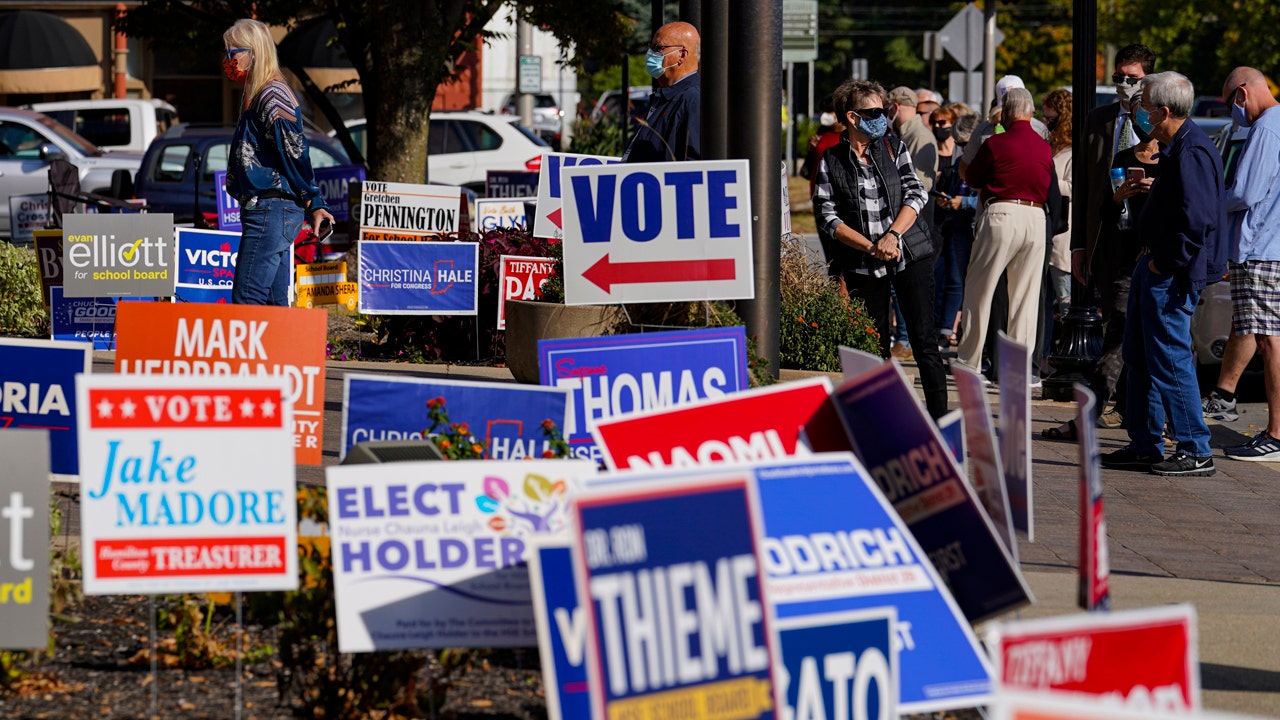 Pennsylvania Republicans are narrowing the registered voter gap with Democrats with just weeks to go until the 2020 election.

Boockvar also said voter registration may be at an all-time high – about 8,908,777 people have registered to vote in a state of roughly 13 million people.

Nearly 2.5 million are expected to vote by mail, according to Boockvar.

President Trump narrowly defeated Hillary Clinton in Pennsylvania in 2016 by less than 1% – after former President Barack Obama carried the state by a 5.4% percentage point margin in 2012.

Since 2016, however, the GOP has outpaced the Democratic Party in voter registration – though that did not stop the Democrats from flipping three seats in the House of Representatives during the 2018 midterm elections.

As previously reported by Fox News, previous data showed the GOP had reduced the gap by 160,000 over the past four years.

Pennsylvania is once again a key battleground state in the upcoming presidential election and the state’s Republicans and Democrats have been battling over some election-related challenges.

In addition to a fight over the mail-in ballot counting window, the Pennsylvania Supreme Court also said that if voters do not put their ballot in a “secrecy” envelope their votes would not count.

The Trump administration has filed a lawsuit against Philadelphia after it claimed poll watchers were unlawfully banned from early voting offices.

Boockvar said this week that state officials are advocating that the Trump campaign’s claims be dismissed.

And the early voting process in Philadelphia was fraught with technical difficulties as satellite election offices opened last week. Some voters waited in line for hours as delays were said to be caused by problems with the voter database.

Over the weekend, Pennsylvania’s voter services website was down after an equipment failure. Boockvar said there is no evidence of malicious interference.