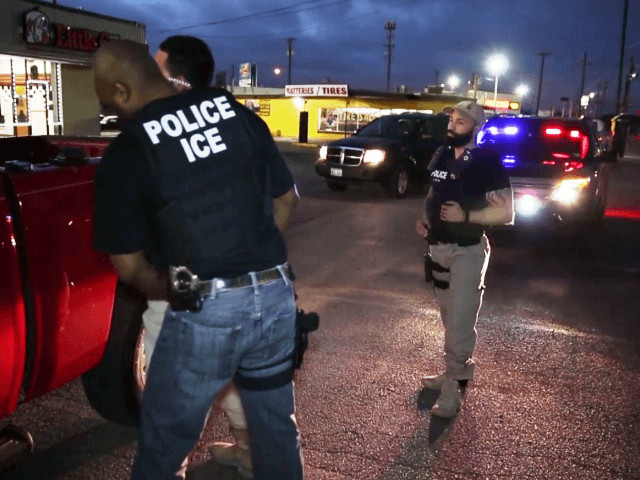 A judge has ruled that Florida’s ban on sanctuary cities, which shield criminal illegal aliens from arrest and deportation, is unconstitutional because it is discriminatory.

The city of South Miami, along with pro-sanctuary groups, filed the lawsuit in June 2019.

Bloom also ruled unconstitutional a provision of the sanctuary city ban that allows local and state law enforcement agencies to transport criminal illegal aliens wanted by ICE to federal facilities around the state or outside the state:

Consistent with the Court’s Omnibus order on the parties’ cross-motions for summary judgment, Defendants are PERMANENTLY ENJOINED from enforcing the Transport Requirement, Fla. Stat. § 908.104(4), because this statutory provision is preempted by federal immigration law and is therefore unconstitutional. [Emphasis added]

As part of her ruling, Bloom accuses DeSantis and Florida Republican Party Chairman State Sen. Joe Gruters (R) of having “discriminatory motives” in their efforts to pass the sanctuary city ban:

Here, prior to SB 168’s enactment, there was a rise in proactive policing measures addressing immigration issues across the country, which was fueled in part by the perpetuation of an immigrant threat narrative and the need to crack down on undocumented immigrants. Indeed, similar immigration enforcement bills had been presented in the 2017 and 2018 legislative sessions but had ultimately failed. Notably, then-Representative Gruters had been in favor of these prior anti-sanctuary bills. [Emphasis added]

Similarly, while running for his current position, Governor DeSantis also perpetuated the immigrant threat narrative through his campaign advertisements, which depicted him building a wall with his son, and his public statements associating “illegal immigrants” with “lawlessness” and voicing his support for eliminating sanctuary jurisdictions. [Emphasis added]

DeSantis’s office said they will be appealing Bloom’s decision.

“We disagree with the ruling of the Obama judge and we expect to win on appeal,” Taryn Fenske, a spokesperson for DeSantis, told the Miami Herald.

The case is South Miami v. DeSantis, No. 1:19-cv-22927-BB in the United States District Court for the Southern District of Florida.