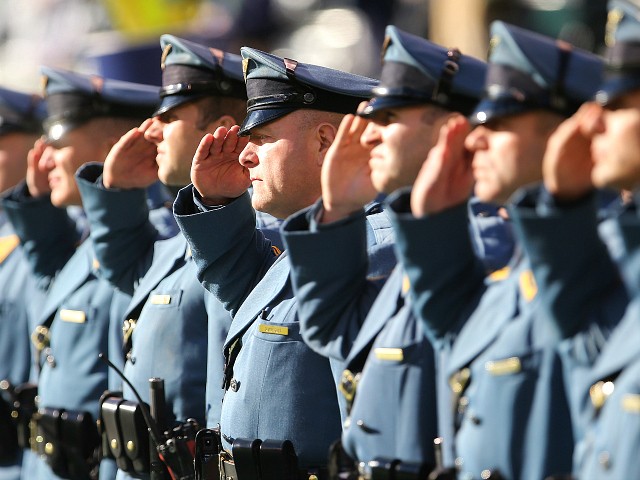 On December 11, 2018, Breitbart News reported on our correspondence with the New Jersey State Police (NJSP), learning that they would not rule out going house-to-house, or door-to-door, to enforce the new “high-capacity” magazine ban.

New Jersey’s new ban, which took effect during the midnight hour of Tuesday, December 11, makes it a felony to possess a magazine holding more than ten rounds.

We asked the NJSP if they would be enforcing this ban on a traffic stop-basis — checking magazines in firearms when they pulled over drivers for speeding, reckless driving, etc. — or whether they would enforce it by going to house-to-house to check the capacity of magazines owned by New Jersey residents.

Rather than ruling that option out, they responded: “We do not discuss enforcement strategies.”

NJSP contacted Breitbart News on the night of December 11, offering a second statement which went further than the first. They said: “While we do not discuss our enforcement strategies, there are no plans to go door-to-door to enforce this current ban.”

Breitbart News is still waiting for Daniel Bryan, Gov. Phil Murphy’s (D) press secretary, to explain how the governor expects his ban to be enforced. On Monday we asked Bryan questions that were similar to those we asked the NJSP, and he has not answered as of the publication of this article.