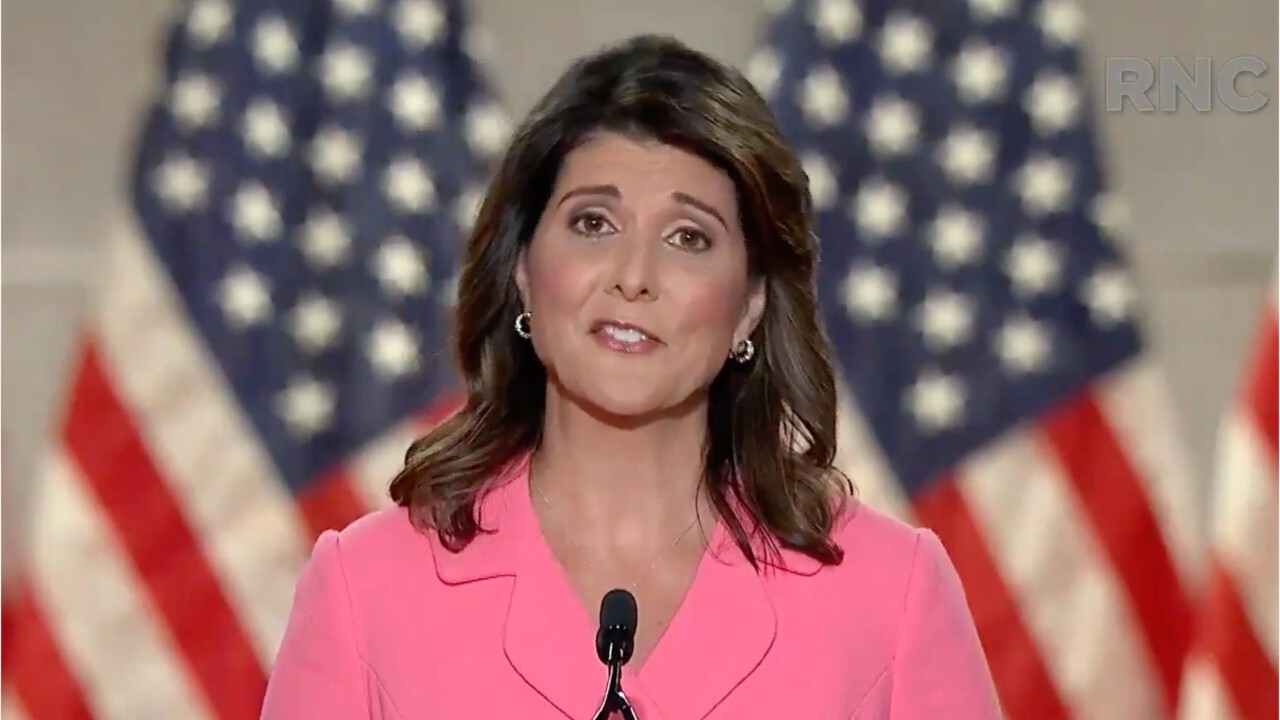 BIDEN IN UN SPEECH SAYS US ‘NOT SEEKING’ NEW COLD WAR WITH CHINA, MILITARY MUST BE ‘TOOL OF LAST RESORT’

“Under the Trump administration, the world knew where we stood,” Haley, who served under former President Trump, said. “At the U.N., we took the names of our enemies and had the backs of our allies.”

She added: “With Joe Biden asleep at the switch, our friends don’t trust us, and our enemies are rejoicing.”

Biden did not mention Russia or China by name, however he did discuss human rights issues in the Xinjiang region of China.

Haley’s comments come after Biden addressed the United Nations in New York City Tuesday morning, telling his international peers that the world stands “at an inflection point in history,” while saying that the United States intends to “lead on all of the greatest challenges of our time,” but not alone–underscoring the importance of alliances and partnerships around the globe.

Biden, during his speech, addressed a number of shared global challenges, including the COVID-19 pandemic, nuclear proliferation, emerging technologies and climate change–as well as his administration’s withdrawal of all U.S. military assets from Afghanistan–but he did not address national security threats posed by China, Russia, and Iran.

“We are not seeking the new Cold War, or the world divided into rigid blocks,” Biden said, seemingly pointing to China, and adding that the U.S. “is ready to work with any nation that steps up, that pursues peaceful resolution to shared challenges, even if we have intense disagreement to shared challenges.”

The only mention of Iran Biden made was in regard to nuclear proliferation, saying the U.S. “remains committed to preventing Iran from obtaining a nuclear weapon,” adding that the nation is “seeking a return to the JCPOA.”

Biden also did mention the U.S. commitment to the denuclearization to the Korean Peninsula, as North Korea has restarted its nuclear weapons program, once again posing a serious threat to regional and global security.

As for terrorism, Biden touted the U.S. withdrawal of military assets from Afghanistan after a 20 year presence, and after the country fell to the Taliban, saying America has closed a period of “relentless war” and is “opening a new period of relentless diplomacy.”

The president went on to say that the U.S. has “turned the page” on the conflict in Afghanistan, and said “all the unmatched energy, will and resources of our nation are now squarely focused what is ahead of us – not what is behind.”

“Make no mistake, the United States will continue to defend ourselves and allies against threats,” Biden said, referring to terror threats around the world, but said “the mission must be clear and achievable.”

“United States military power must be our tool of last resort, not our first. It should not be used as an answer to every problem we see around the world,” he said, noting that “many of our greatest concerns,” pointing to COVID-19 and climate change, “cannot be solved or addressed by arms.”

Biden’s address came as his administration grapples with a number of challenges–including the COVID-19 pandemic, the fallout from the Afghanistan withdrawal, and a worsening rift with France. The U.S., last week, announced a new trilateral agreement with the United Kingdom and Australia called AUKUS, focused on the Indo-Pacific region.

The agreement is focused on enhancing Australia’s nuclear-powered submarines–an effort France was working to undertake with Australia. France previously made an agreement to send French-made submarines to Australia.

French President Emmanuel Macron recalled its ambassadors from the U.S. and Australia following the new trilateral agreement. Macron and Biden are expected to speak over the phone this week.