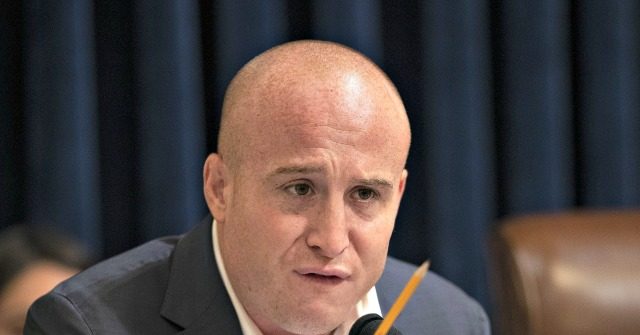 Rose marched with his wife, Leigh, and his son, Miles, in one of the largest demonstrations in Staten Island, New York, on Friday in the wake of the death of George Floyd.

Protesters reportedly shouted, “no justice, no peace, no racist police,” as well as, “hands up, don’t shoot” as they marched throughout the borough.

She continued, “Along with wanting to close Rikers Island, release dangerous criminals with no bail and believing that inmates over 50 years old should be sprung from prison, it highlights risky and dangerous beliefs that once again proves that he’s just another liberal who will say or do anything to get reelected.”

New York’s 11th congressional district serves as a key battleground election in 2020. The district was one of 13 districts that President Donald Trump won by more than six percent during the 2016 presidential election, but House Democrats managed to flip during the 2018 midterm elections. Republicans only need to win a net 17 seats to regain the House majority.

Ed Mullins, the president of the Sergeant Benevolent Association, said, “Why is Max Rose indicting every cop in the country right now? That’s what he’s doing.”

“Rose has been seeking the backing of law enforcement the past two years. You can’t have it both ways,” he added.

Mullins asked rhetorically, “Should we march in front of Congressman Rose’s office because some politicians are guilty of corruption?”