Ardern pointed at Canadian flags and Donald Trump images on the streets of Wellington as evidence for her conspiracy claim.

“It feels like an imported protest to me,” the left-wing Labour leader and former president of the International Union of Socialist Youth confided in an interview.

Ardern said in a news conference later in the day the protesters have demanded the government remove all public health coronavirus measures.

Hordes of vehicles blocked streets around New Zealand’s Parliament on Tuesday, in a protest mirroring others building around the world demanding an end to coronavirus restrictions and vaccine mandates. https://t.co/haqWykV3IF

“That means at the very point where we are seeing an increase in cases and an increase in risk to the public health and well-being of New Zealand, they want to see removed the very measures that have kept us safe, well and alive. You’ll forgive me if I take a very strong view on that suggestion,” Ardern said. 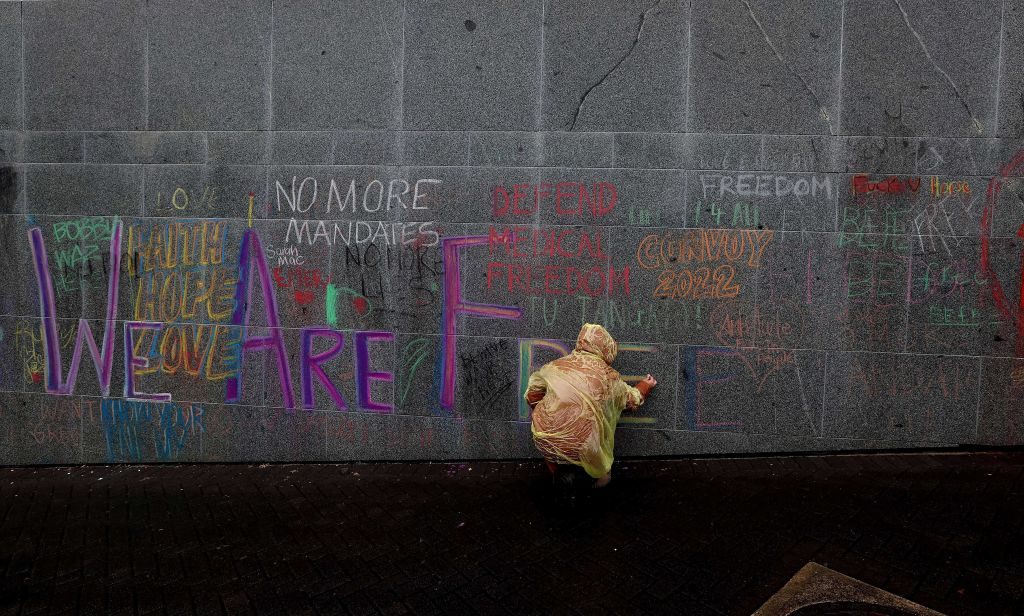 Protesters write messages on the walls of Parliament on the fifth day of demonstrations against Covid-19 restrictions in Wellington on February 12, 2022, inspired by a similar demonstration in Canada. (MARTY MELVILLE/AFP via Getty Images) 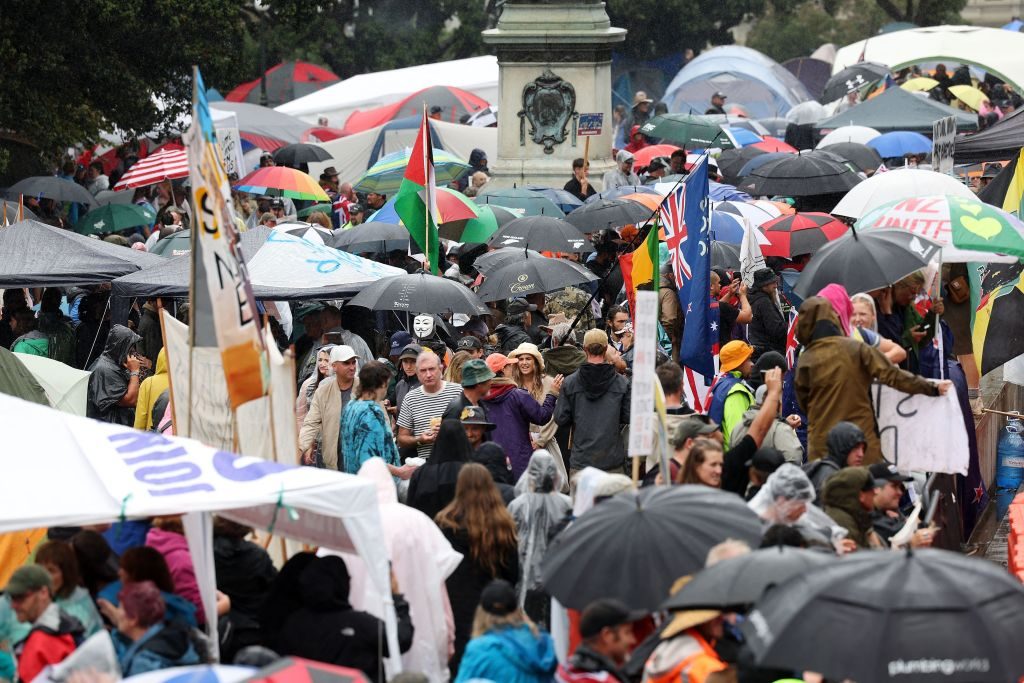 Protesters pack into the grounds of Parliament on the fifth day of demonstrations against Covid-19 restrictions in Wellington on February 12, 2022, inspired by a similar demonstration in Canada. (MARTY MELVILLE/AFP via Getty Images)

“I very clearly have a view on the protesters and the way that they’ve conducted their protest because it has moved beyond sharing a view to intimidation and harassment of the people around central Wellington,” she said. “That cannot be tolerated.”

Police on Monday told protesters to move their illegally parked vehicles as soon as possible, offering them alternative parking at a nearby stadium.

“Wellingtonians have the right to move freely and safely around the city so all roads being clear is a top priority,” said Superintendent Corrie Parnell, the Wellington district commander.

New Zealand has mandated that certain workers get vaccinated against COVID-19, including teachers, doctors, nurses, police and military personnel. A vaccine pass is also required to enter most stores and restaurants.