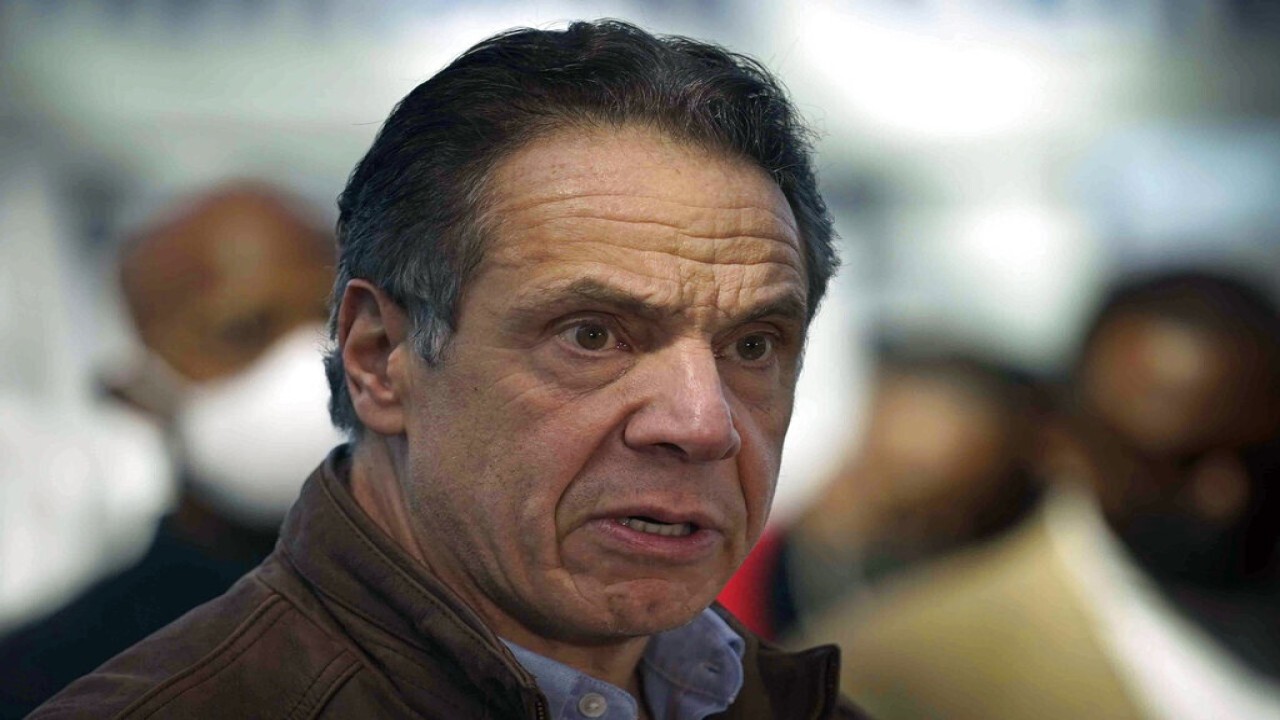 U.S. Rep. Nicole Malliotakis, R-N.Y., told Fox News on Friday that she believes “the end is near” for the decades-long political career of Democratic Gov. Andrew Cuomo.

Malliotakis told “The Story” that the number of women accusing him of sexual harassment or misconduct are becoming untenable for him to remain in office as he continues through his third term in Albany.

She told host Martha MacCallum that for months she felt “alone” in calling for Cuomo’s resignation over his handling of the coronavirus-nursing home controversy in the Empire State, and that until recently, New York’s legislative Democratic majority has largely remained united behind the political scion.

“I have to tell you, the Democrats in New York have for the most part stuck together and now with this avalanche of them calling for his resignation, I feel the end is near,” she said.

“I feel that I have been alone a long time that when I said the way the governor mishandled the nursing home [situation] was wrong and criminal and there needed to be an investigation. After that, we learned his own chief of staff admitted there was a cover-up… After that he threatened a state legislator of his own party,” she said, referring to allegations lodged by State Assemblyman Ron Kim, D-Flushing, last month.

Malliotakis, who represents Staten Island and Bay Ridge, Brooklyn, added that it seemed suspect that Cuomo did not answer media questions about whether he had a consensual relationship with any member of his staff.

Cuomo, the son of the late New York Gov. Mario Cuomo and a former U.S. Housing and Urban Development secretary under President Clinton, said this week that he would not bow to political pressure, remarking that politicians do not elect the governor, the people do.

In response, Malliotakis said an online petition was established to purportedly show Cuomo that civilian New Yorkers also want him out of office.

“All the pressure he’s receiving from editorial boards, members of Congress and state legislators is irrelevant to him. So let the people speak out,” she said.

If Cuomo prematurely leaves office, he would be the state’s second governor in modern times to be ousted from office.

In 2008, then Democratic Gov. Eliot Spitzer became embroiled in a prostitution scandal. He resigned that March and was replaced by Lt. Gov. David Paterson, who became New York’s first Black governor.