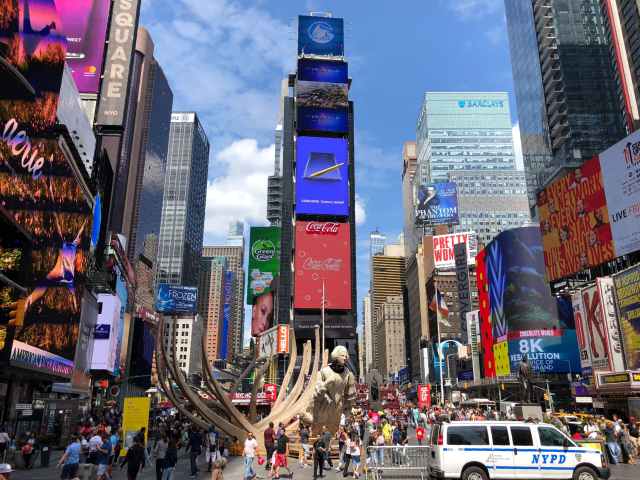 Federal and local authorities arrested 22-year-old Ashiqul Alam of Jackson Heights, Queens, on Thursday for plotting to attack Times Square with guns and hand grenades. Law enforcement described the suspect as a “lone wolf” with no known links to any larger conspiracy to attack New York City.

According to CBS News in New York, Alam was taken into custody by the Joint Terrorism Task Force of the New York Police Department and FBI. He caught the attention of the task force by expressing interest in obtaining explosives for an attack in New York and also wanted to try killing senior government officials in Washington, DC. The authorities launched an undercover sting operation and arrested Alam when he attempted to purchase the weapons he wanted.

NBC News in New York said Alam made “jihadist comments as to why he would target the Crossroads of the World” during his interactions with undercover law enforcement officers. According to NBC’s sources, he was arrested while trying to purchase illegal guns, but had previously spoken of using grenades or a suicide vest for his attack. NBC reports:

[Alam] had allegedly spoken of wanting to get or use a suicide bomb vest and talked of hand grenades and explosives, as well as potential attacks on politicians in New York City and Washington, D.C.

But a senior law enforcement official says he eventually came around to wanting to shoot up Times Square – and he allegedly tried to buy guns Thursday, which prompted his arrest. Sources say he was trying to buy guns with their serial numbers removed.

“I want to die fighting, man,” he told an undercover officer during a visit to a shooting range in Pennsylvania in January.

CNBC described Alam as a “lawful permanent resident of the U.S.” who is a “citizen of Bangladesh.” His neighbors in Queens described him as “respectful” and “quiet,” saying they were “shocked” to learn of his arrest. A search of his family home by federal agents on Thursday afternoon was noted by the community. Computers and boxes of goods were reportedly taken from the home by agents.

Times Square has been targeted by jihadis several times over the past few years, most recently by Bangladesh-born Akayed Ullah, who detonated a pipe bomb at a bus terminal in 2017. He hoped to kill as many innocent people as possible with a suicide attack, but was the only person seriously injured in the blast.

A Canadian citizen named Abdulrahman el-Bahnasawy planned a spree of bombings and shootings in Times Square and the New York City subway system during the Ramadan holiday in 2016. Bahnasawy was caught when he attempted to travel to New York by an undercover FBI agent posing as an Islamic State operative.

Another would-be jihadi, Yemeni-born Mohamed Rafik Naji, was arrested by the Joint Terrorism Task Force in 2016 after mulling over the idea of attacking Times Square to get the attention of Islamic State leadership. Naji’s ideas included tossing pipe bombs filled with nails and running people over with a stolen garbage truck.