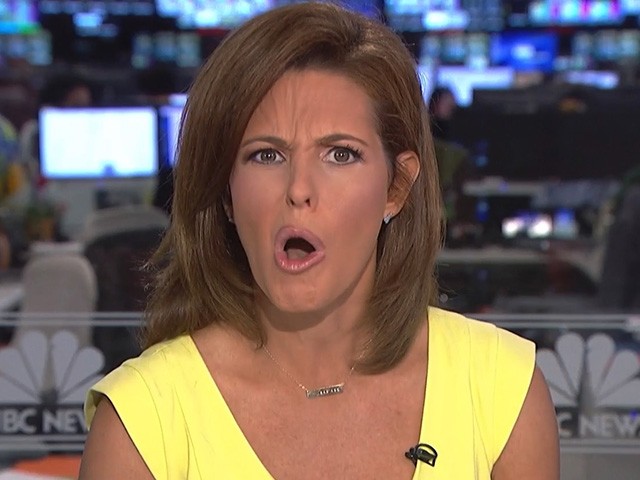 Thursday on MSNBC’s “Live With Velshi and Ruhle,” anchor Stephanie Ruhle said hip-hop star Kanye West’s comments in the Oval Office today were “an assault on our White House.”

Ruhle stated, “If you think you’re going to get a thoughtful play-by-play and political analysis, you’re not. Because that was an assault on our White House.”

“You can’t analyze some of that stuff that was said,” Velshi said. “As we warned you at the top there was a little bit of profanity. There was actually more than you heard. We were able to bleep some of it out. But some of it did make it in there. That was crazy. That was bonkers.”

Ruhle continued, “Can I go with my favorite? How he talked about that he had a lack of male role models in his life growing up. The reason he was drawn to MAGA was because of the male power.”

She added, “He also said a lot of African-Americans out there, they don’t like ‘again,’ they don’t like Make America Great Again. The reason being, if you are anything but a white male, historically, life wasn’t better for you than in the current moment. It’s stunning that just took place.”

Velshi said, “Kanye West said blacks really like to get caught up in the idea of racism over the idea of industry. His comment to fight police brutality is to “release the love,” and he said in Chicago there should be Yeezy Ideation Centers.”

Ruhle said, “Yeezy, which is the namesake of his Adidas sneakers. He said the MAGA sentiment is what gave him the balls to go for it and make so much money with Adidas. I’m just stunned across the board.”

Velshi said, “That was mostly nonsense.”