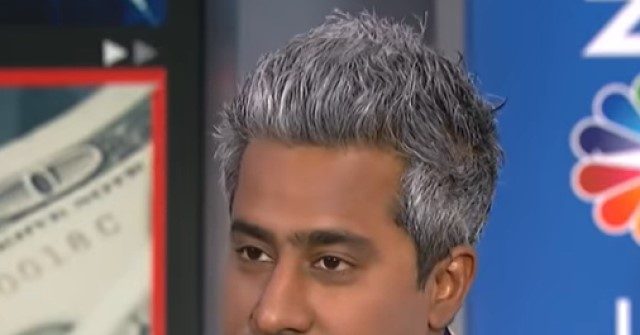 MSNBC contributor Anand Giridharadas on Thursday sounded off on his concerns for the 2020 presidential election.

Giridharadas advised during “Morning Joe” that President Donald Trump’s supporters, who he referred to as “the people who like fascism,” should not be the focus of the media.

“I think that the biggest crisis that we face right now — you know, the people who like fascism … should not be the object of our persuasive energies right now,” Giridharadas told co-host Mika Brzezinski. “There are a lot of decent people who may be unwittingly enabling what Jeremy was just describing. And it’s important to think about what those folks need to do. So I think for those of us in the media, frankly, whether it’s headline writers, whether it’s those who decide what to put on TV, whether it’s people making decisions about how to frame things, it’s very important to understand that this is a decisive break from our past what Donald Trump is doing right now. This is a frontal assault on the idea that we should elect the president democratically.”

Giridharadas added that people, like CEOs donating to the GOP, need to “think about the fact that you may be enabling the actual shattering of American democracy.”