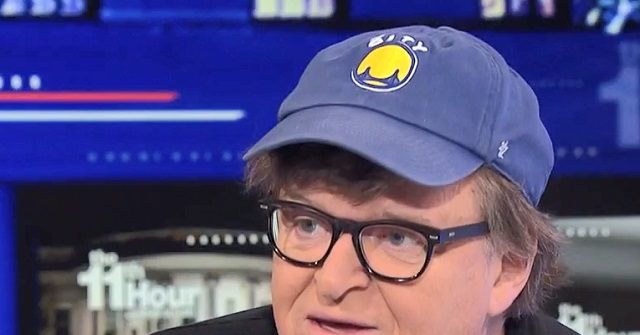 Friday, during an appearance on MSNBC’s “The 11th Hour,” liberal documentary filmmaker Michael Moore argued it would be better to defeat President Donald Trump at the ballot box on November 3 than have him suffer from the symptoms of COVID-19, as the President has tested positive for the virus.

“[I] think that, you know, I want Trump to get better because I want to beat him on November 3. That’s the way to do it. Him being in the hospital, him getting worse — the thing is we’re not really being told exactly anything. I know you and the others tonight have made this point over and over that it’s so unusual to not at least by now have a doctor stand in front of a microphone and tell us what’s going on. The whole sense of they were just — he was just having mild symptoms, and all of a sudden he’s being medevaced in a helicopter to Walter Reed. So it’s more of the same of the American public not knowing what to believe, who to trust, lack of transparency. But good on him that he’s getting some taxpayer-funded medicine tonight, some health care there at Walter Reed.”

Moore acknowledged the reaction on social media to Trump’s diagnosis but argued it was not a celebratory occasion.

“There’s nothing to be happy about here,” Moore added. “If you’re against Trump, you want him to get well. There’s something in us that if we become the thing that we don’t like, the thing that we can’t stand or hate, then we’ve lost. We’ve lost our own soul in that sense. So, you know, and it’s kind of like a lot of Americans, especially people that don’t have much, people that have died during this pandemic — it’s one punch in the face after another from President Trump. A punch in the face, a punch in the face, a punch in the face. Then finally, at the last punch in the face, he trips and falls and knocks his head on the ground and has a concussion. Now, what do you do in that moment? Tway I was raised is no matter that he’d just hit you 15 times in the face. I have a responsibility to help him as a human being. I have to call 911, and when they get there, I have to help get him in that ambulance. I might say to the EMT, you know, you might want to handcuff him because he has a tendency to want to punch people in the face, but go get him to the hospital and get him some help.”