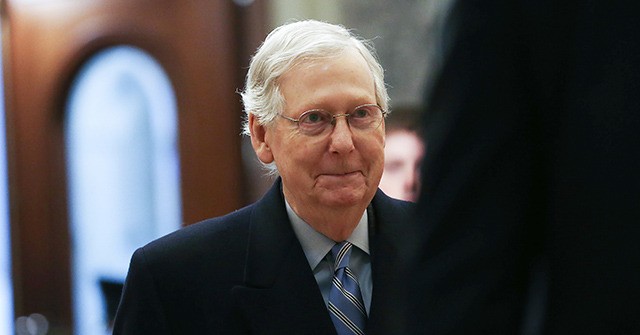 On Thursday’s broadcast of the Fox News Channel’s “Daily Briefing,” Senate Majority Leader Mitch McConnell (R-KY) stated that 2020 Democratic presidential nominee former Vice President Joe Biden is “hedging” on the issue of court-packing and that “when he’s hedging, the answer is yes, he’s open to it.”

McConnell said, “Justice Ginsberg had it right. She was asked about this last year. She said nine is the right number. She pointed out that Franklin Roosevelt tried to pack the court. It was a political disaster for him, not the right thing to do, and the perfect way to destabilize the judiciary. Court-packing ought to be completely unacceptable. It was when Joe was chairman of the Judiciary Committee. Now he’s hedging. when he’s hedging, the answer is yes, he’s open to it. And the American people overwhelmingly think this is a bad idea on a bipartisan basis.”