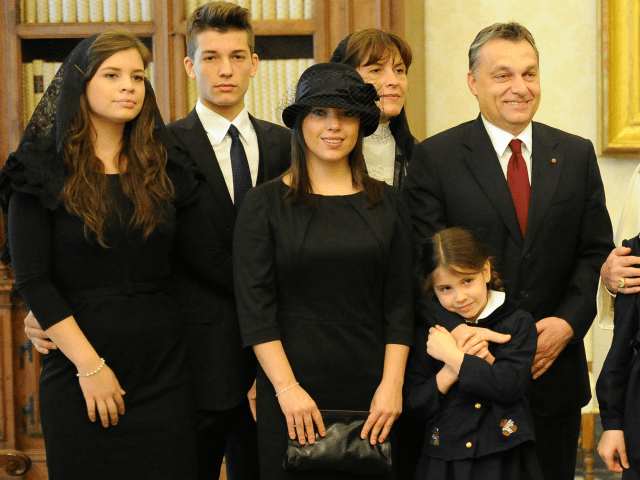 Hungary is preparing to hold a country-wide national consultation on its family policy, which has already resulted in an increase in marriage and a decline in abortion and divorce.

The Fidesz-KDNP government has chosen to support couples with children rather than accept mass migration to ameliorate long-term demographic issues, to the chagrin of its critics in the European Union’s power elite.

“In recent years, finding the proper response to Europe’s demographic decline has become one of the biggest sources of disagreement between European and Hungarian politics,” observed Dr Zoltán Kovács, official spokesman for Prime Minister Viktor Orbán’s Cabinet Office, in a post on the official About Hungary website announcing the upcoming national consultation.

“While Brussels bureaucrats and the European liberal, pro-migration mainstream see immigration as the necessary and unavoidable solution, the Hungarian government stands committed to the idea of increasing birth rate through more effective family support measures,” the Hungarian added.

Dr Kovács claimed existing pro-family policies implemented by the Orbán government are already bearing fruit, with abortion number dropping by more than a third from 40,449 to 28,500 from 2010 to 2017, divorces falling from 23,873 in 2010 to 18,600, and — perhaps most remarkably — marriages increasing by a striking 42 percent.

The country’s new constitution makes a commitment to protect the unborn, but abortion on demand up to 12 weeks remains legal, and up to 24 weeks in the case of severe disability, according to the Christian Institute.

It appears to be extra government support for adoption services and counselling for expectant mothers which has brought the number of abortions down, along with a requirement for a three-day waiting period between an abortion request and termination, to make sure women have time to reflect on their decision and cannot easily be rushed by third parties.

The European Union often attempts to interfere with family policy in Hungary, with the bloc’s unelected governing executive weighing to denounce a pro-adoption poster campaign showing an unborn baby in its mother’s womb with the slogan ‘I understand that you are not yet ready for me, but give me up to the adoption agency, LET ME LIVE!’ as being “against European values”.