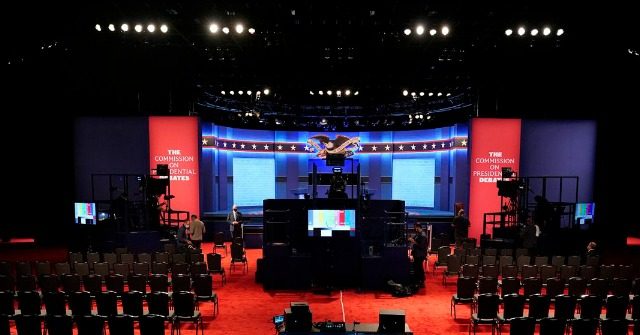 President Donald Trump and former Vice President Joe Biden will face off on Thursday evening in the final 2020 presidential debate in Nashville, Tennessee.

NBC’s Kristen Welker will moderate the debate at Belmont University.

8:47 PM: Frank Fahrenkopf, the Commission’s co-chair, is now going over the ground rules for the debate.

Yup, John Daly and Kid Rock are in the audience for tonight’s debate.

UPDATE: The debate commission has removed the plexiglass barriers after their medical advisors (1) learned Trump and Biden tested negative for COVID today and (2) consulted w Dr. Fauci.
The medical team changed its recommendation, per CPD, and both campaigns have agreed. https://t.co/v2AmeQb64c