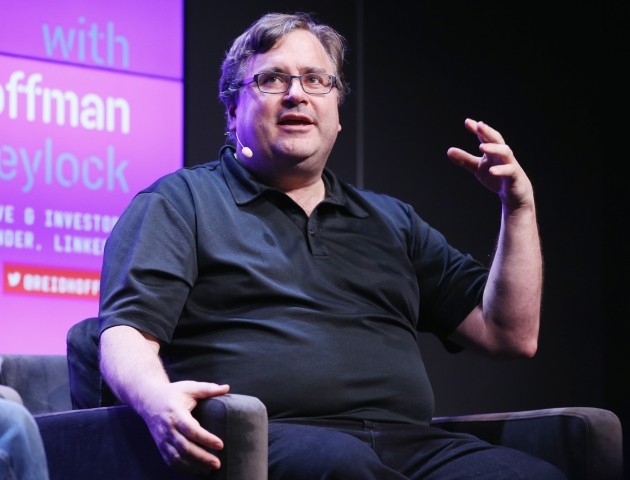 In a Medium blog post published on Wednesday, Hoffman claimed he had no knowledge of the project he funded, which sought to use disinformation to push the election in favor of the Democrats by falsely linking Moore to Russia. Hoffman apologized for funding the “highly disturbing” campaign, which he said he was “embarrassed” by.

“A series of articles in the New York Times describes an alleged operation to spread misinformation during the 2017 Alabama Senate race. Because I’m referenced in these articles, I want to address them,” declared Hoffman. “The most disturbing aspect of this coverage is its description of how fake Twitter accounts with Russian-sounding names were created to follow Roy Moore, in what the Times suggested was either an experiment or a deliberate ‘false flag’ attempt to discredit Moore.”

“I want to make it clear from the outset that I had never even heard of this project before reading about it in the Times’ coverage. The Times articles imply that I had knowledge of it and that I endorsed its tactics,” the billionaire claimed, adding, “Let me be absolutely clear: I do not. I categorically disavow the use of misinformation to sway an election.”

“I would not have knowingly funded a project planning to use such tactics, and would have refused to invest in any organization that I knew might conduct such a project. Nevertheless, I do have an apology to make and have learned a lesson here,” he continued, before explaining his efforts against President Trump.

In his blog post, Hoffman claimed that, “In 2016, I began to increase my own involvement in politics, primarily as a response to what I felt were the unique threats posed by Donald Trump. After Trump won the electoral vote in November 2016, the threat he posed increased. There were his attacks on the free press, an independent judiciary, and immigrants and minorities. There was his indifference to America’s cyber-security and election integrity, and his contempt for our long-term relationships with trusted allies.”

“Undergirding all of this activity is my belief that Democrats can and must win these elections on the merits. I proudly support aggressive campaigning — both on the ground and digitally — and that is why we’ve funded organizations that help expand civic engagement. But I want to be unequivocal: there is absolutely no place in our democracy for manipulating facts or using falsehoods to gain political advantage,” Hoffman expressed. “Our democratic system is durable but we’ve also seen that it can be manipulated. I believe an informed and engaged electorate is the only antidote to threats to our democracy.”

One of the early organizations that we supported was American Engagement Technologies (AET), a group which sought to develop technical solutions to counteract fake news, bot armies, and other kinds of digital manipulation and disinformation, and to use social media and data analytics to increase civic engagement and improve access to accurate information about candidates and issues.

AET, in turn, provided funding to a group called New Knowledge. Through AET or otherwise, I have never personally authorized or directed any funding to New Knowledge. I — regretfully — do not know why AET chose to support New Knowledge or for what specific purposes, if any, this funding was allocated.

To reiterate yet again, I find the tactics that have been recently reported highly disturbing. For that reason, I am embarrassed by my failure to track AET — the organization I did support — more diligently as it made its own decisions to perhaps fund projects that I would reject.

That I had no knowledge of the actions the Times’ describes does not absolve me of my ethical responsibility to exercise adequate diligence in monitoring my investments. Senator Doug Jones has called for an inquiry into this alleged operation which, from reading the Times, I agree is a good idea. We cannot permit dishonest campaign tactics to go unchecked in our democracy — no matter which side they purportedly help.

In addition, my politics team and I have already begun drafting new policies for how we vet potential investments and how we’ll maintain oversight of the organizations we support. Additionally, we will post these policies publicly, and encourage others who rely upon guidance from Investing in US to adopt them as well. In my experience as a venture capitalist, I have adopted extremely high standards for my investments. They must perform well, but they also must be aboveboard, operating via honorable means. I know first-hand that work doesn’t happen by accident. I’m fortunate to have a team that is rigorous in its diligence and I want to hold my political endeavors to the same standards.

The reason that I have become more politically active in recent years is because I want to do my part to help increase and improve civic participation. I want to preserve the integrity of our elections and inoculate them from bad actors such as misinformation and foreign influence campaigns. I want to increase access to reliable information that citizens can use to make decisions that support their best interests. I will continue working to making our political institutions more inclusive and responsive to a full range of constituents, more transparent and accountable, and more secure against the influence of those who’d like to undermine our democratic processes and commitment to truth-telling.

This week, Facebook suspended five accounts associated with the disinformation campaign for engaging in “coordinated inauthentic behavior,” and claimed an investigation was “ongoing.”

“We take a strong stand against people or organizations that create networks of accounts to mislead others about who they are or what they’re doing,” Facebook declared. “We’ve removed thousands of Pages, Groups and accounts for this kind of behavior, as well as accounts that were violating our policies on spam and coordinated inauthentic behavior during the Alabama special election last year.”

The disinformation campaign funded by Hoffman was revealed by the New York Times last week.

The Times reported that the campaign, organized by Democrat strategists, imitated “Russian tactics” to push the 2017 Alabama Senate election against Republican candidate Roy Moore and in favor of the Democratic Party.

“The project’s operators created a Facebook page on which they posed as conservative Alabamians, using it to try to divide Republicans and even to endorse a write-in candidate to draw votes from Mr. Moore,” the Times explained. “It involved a scheme to link the Moore campaign to thousands of Russian accounts that suddenly began following the Republican candidate on Twitter, a development that drew national media attention.”