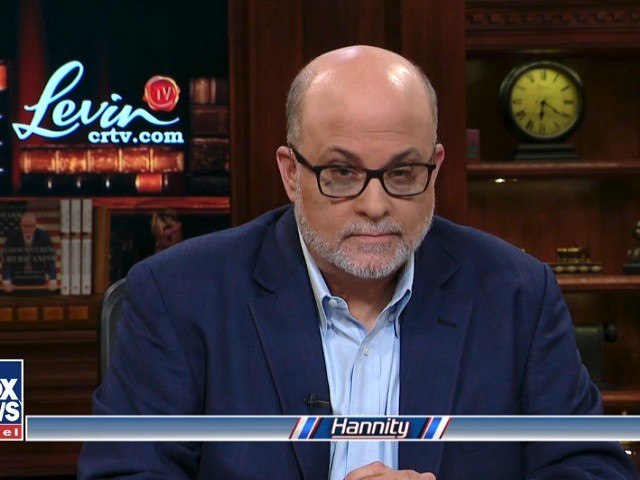 Thursday on Fox News Channel’s “Hannity,” conservative talker Mark Levin called on Americans to “push back” on radicalized Democrats, including members of the media, for dividing the country by going after conservatives and in some cases comparing them to Nazis.

He continued, “The word ‘Hitler’ is very popular with the press. With Joe Scarborough, the word ‘white supremacy’ is very popular over there at CNN. The word Stalin is now starting to pick up. They consider those of us who support this president and support an American agenda as Nazis. They referred to us to as a racist, as white supremacist. Every time there’s some horrific event they’re trying to pin it on us, pin in on our president, pin on our party. It’s really time America to push back. Enough is enough. We cannot turn any part of this government over to these radical hard-core Democrats and their mouthpieces in the media.”

Levin went on to warn conservatives that if they do not vote, they will continue to be labeled “racist” or “Nazis” by Democrats and the media.

Levin added, “[Y]ou need to vote now if you have early voting and you need to vote Tuesday. And you need to be on your own precinct camp and bring out four, five, or six people and make sure you vote. Because here’s the deal. If more of us vote, we win. If less of them vote, they lose.”