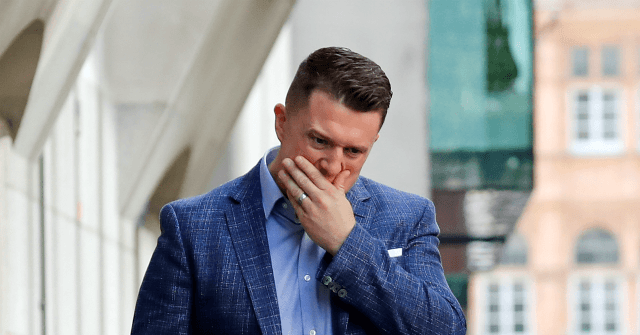 Judges have reconvicted Tommy Robinson of contempt of court, after his previous conviction was quashed.

Tommy Robinson was arrested, tried, and imprisoned within a matter of hours for confronting accused child grooming gang members — later convicted — outside Leeds Crown Court, but appellate judges overturned this decision and provided for his release, citing the proceedings’ haste, lack of clarity, and “unfairness”.

They left the door open for the Attorney-General to relitigate the matter if he so chose, however, which he duly did — leading to Robinson’s reconviction at the Old Bailey today.

Delingpole: Tommy Robinson is on Trial Again for the Same Offence https://t.co/h6Y2WJya6K

Robinson’s lawyer Richard Furlong had argued that he was being made an example of “because of who he is, because of his reputation and his political opinions”, and that his behaviour outside Leeds Crown Court was “not materially different to the behaviour we see outside courts day in and day” from the mainstream media.

“He should not be judged by a different standard of behaviour because of who he is,” showing footage of Robinson himself being confronted by a noted BBC journalist outside court.

Robinson also told the court about his harrowing experience after his previous conviction, describing how he was “imprisoned for over 2.5 months in solitary confinement, held against my categorisation, moved to the highest Muslim population Category C prison, subjected to mental torture and constant threats and abuse and had all of my rights removed in the interest of prison safety.”

He insisted he “acted in good faith” at Leeds Crown Court, “within the parameters of the section 4 reporting restriction in place. The information I provided was in the public domain, factual and relevant but did not provide any details of the trial proceedings other than what had already been reported previously and was readily available online.”

The efforts of Mr Robinson and his lawyer were in vain, however, with the judges announcing that, “In our judgement, his conduct amounted to a serious interference with the course of justice” in three respects, namely that he had confronted defendants, filmed a video, and violated reporting restrictions.

Robinson has not yet been sentenced, with judges suggesting this could happen on July 9th — although his lawyer has asked for longer to prepare a medical report.