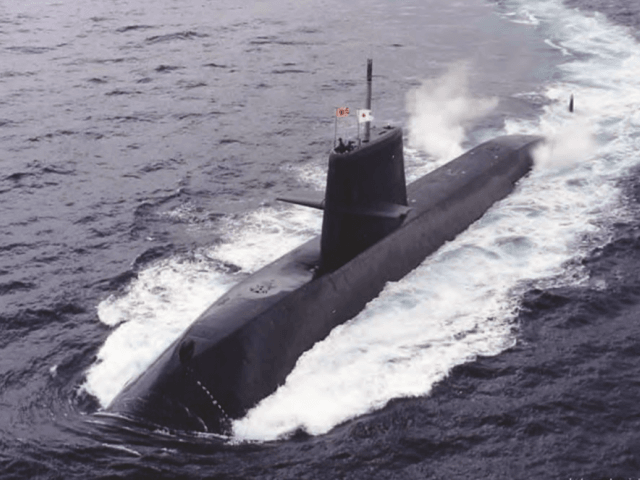 Japan courted the wrath of China on Monday by announcing its submarine Kuroshio has been dispatched to join an anti-submarine warfare exercise in the South China Sea on Thursday, marking the first officially confirmed drill for a Japanese sub in those contested waters.

Kuroshio visited Cam Ranh in Vietnam on Monday, another landmark event likely to anger China given its current territorial disputes with Vietnam in the South China Sea.

According to the Japanese defense ministry, last Thursday the submarine joined the helicopter carrier Kaga and the destroyers Inazuma and Suzutsuki for an anti-submarine warfare exercise. Japanese media reports the exercise was held near the Scarborough Shoal, which is claimed by both China and the Philippines. The Chinese have reacted angrily to American and British freedom of navigation patrols near the shoal.

It is somewhat unusual for the Japanese Maritime Self-Defense Force to announce the activities of its submarines. The MSDF insisted the sub was part of a “legitimate naval exercise in neutral waters with rights of access secured under international law,” as Channel NewsAsia reported on Monday.

“It’s part of a strategic message that Japan would like to send to China and the countries in the region. It’s a demonstration of Japan’s will to maintain a balance of power,” Michishita said.

Japan appears to be joining the United States by showing support for Vietnam against China, an interesting move given that relations between Tokyo and Beijing have been seen as improving over the past year, in part because both are dealing with trade restrictions imposed by the Trump administration.

Japan, which has territorial disputes of its own with China, might have been looking for a way to signal there are limits to how much relations with China can improve. Sending a submarine to the South China Sea makes for a pointed signal given that 2018 began with a diplomatic row over Japan’s discovery of a Chinese nuclear sub operating near the disputed Senkaku Islands in the East China Sea.

As of Monday morning, China’s response has been limited to a Foreign Ministry statement calling upon “the relevant external country to respect the efforts made by regional countries to resolve the South China Sea issue through talks.” In other words, Japan (the “external country”) should not meddle in negotiations between Vietnam and China.

“Act with caution and don’t take any acts that could damage peace and stability in the region,” Chinese Foreign Ministry spokesman Geng Shuang said.